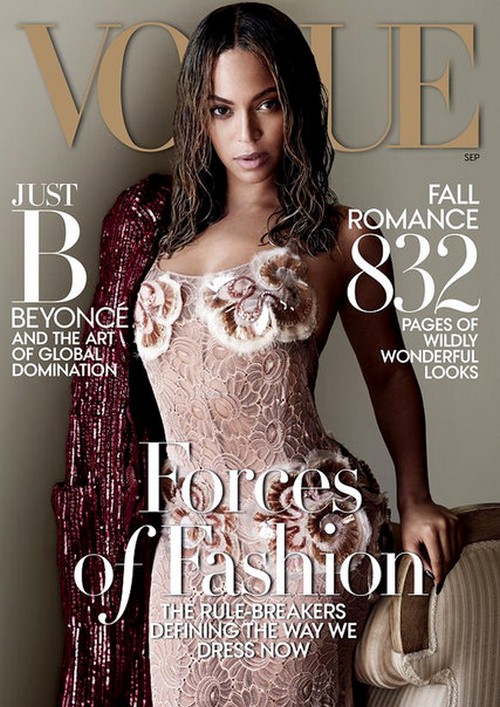 Jay-Z’s wife Beyonce is either a total diva, or has totally lost her marbles. Bey recently graced the cover of Vogue Magazine, but unlike every other celeb to appear on the cover – she didn’t participate in an interview. Instead along with her spread of photos, the magazine included an essay about her career. Beyonce’s Vogue piece has created quite the stir on the internet. When questioned about their latest cover, reps from the magazine revealed that they were never actually in contact with Bey – just her team.

Beyonce’s bizarre piece in Vogue, and refusal to give an interview has the Internet buzzing with conspiracy theories. Either Beyonce is a total diva, and “too famous” to even sit down with a reporter from Vogue Magazine. Or, there is another possibility. Beyonce’s rumored mental health issues have her team concerned, and they thought it best that they didn’t give the singer an opportunity to put her foot in her own mouth.

In 2014 Beyonce was surrounded by controversy when she was caught on camera rocking back and forth and talking to herself at a basketball game with her husband Jay-Z. The clip quickly went viral, and fans were shocked by her bizarre behavior. Sources began coming out of the woodwork and claiming that Bey was on medication, and was basically snapping under the tremendous stress she was facing as a mother, celebrity, and wife. Jay-Z’s alleged cheating scandals certainly weren’t helping her case any either.

Since Bey’s bizarre swaying was caught on camera, she has avoided the limelight and is barely given a chance to speak publicly. The fact that she refused to be interviewed by Vogue Magazine only further fuels the theory that there is something not right with the singer, and Jay-Z has Bey on lock-down -her team are keeping her out of the public eye at all costs. Do you think Beyonce has mental health issues, or is she just a total diva that is “too important” to talk to Vogue Magazine? Let us know what you think in the comments below!