Beyonce Divorce: Jay-Z Marriage a Matter of Business – Loveless Relationship Only For Bey and Jay’s Brand? 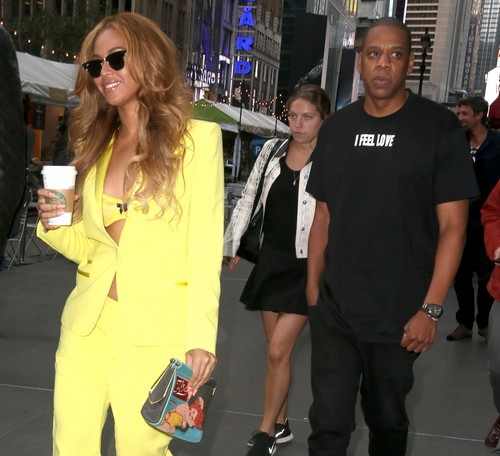 Beyonce and Jay-Z have reportedly been on the verge of a divorce for months now, and their marriage never really was the same after the shocking elevator smackdown between Beyonce’s sister Solange and Jay-Z. A new documentary titled “Diary of a Cheating Man” makes the bombshell claim that Bey and Jay’s marriage is nothing more than a business transaction – and the Carter’s love died up a long time ago. Surprisingly enough, no one is really questioning the validity of the statement.

Love & Hip Hop star Sincere Show discusses Beyonce and Jay-Z’s marriage and rumored divorce in the documentary “Diary of A Cheating Man.” Sincere alleges, “I’ve been around Jay-Z and Beyonce, and I have never seen them like into each other.” The Love & Hip Hop star goes on to say that staying together is a “smart business move” for the Carters, and he doesn’t know “whether or not they have genuine love for each other.”

Obviously Sincere’s comments stirred up quite a bit of controversy, seeing as how the media has speculated for years now if Jay-Z and Beyonce’s marriage was just a matter of convenience. The July 6 edition of Life & Style Magazine reveals that it has been a struggle for Beyonce and Jay-Z to stay together, and the only reason they didn’t get a divorce after the Met Gala incident was because they wanted to salvage their “On The Run” tour. The insider went on to dish, “Being married is part of their brand – it is what people have expected. If you take that away it diminishes their brand and some of their appeal.”

CDL has reported on Beyonce and Jay-Z’s rumored divorce on multiple occasions over the course of the past year – and it is obvious that it is not all rumors, and the Carters are having some serious marital problems. At this stage, the only thing that makes sense is that they are staying together to save their business. But, how much longer will they be able to stay in a loveless marriage before one of them has had enough? Let us know what you think in the comments below!