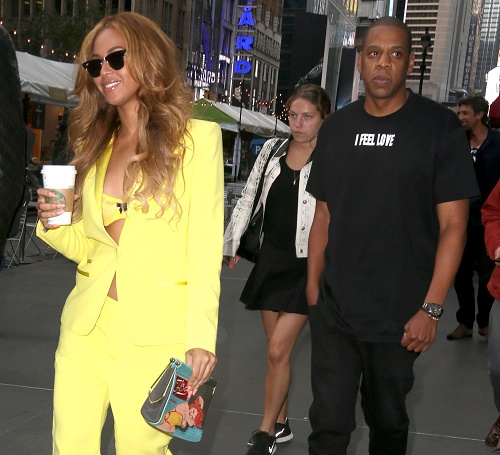 Beyonce and Jay-Z were easily the King and Queen of hip-hop, but their loyal followers are jumping ship left and right, and fans are turning on the popular couple. Beyonce and Jay-Z seem to think that just because they have millions of dollars at their disposal, everyone who listens to their music does too. The power couple seems to have become rather jaded over the course of the last few years, and pretty greedy too.

Jay-Z’s Tidal Music business venture seems to be backfiring before our very own eyes. The subscription service charges fans $20 a month to listen to music, and Jay-Z even released his wife’s music video featuring Nicki Minaj, “Feelin Myself,” on Tidal in hopes that it would inspire more fans to sign up – but that doesn’t seem to be the case. Jay-Z and Beyonce’s loyal fans are not happy that they are suddenly having to fork over $20 a month just to listen to their music. While Tidal offers a lower priced service, the company contacted CDL and explained that “the $19.99 service offering has the added benefit of high-fidelity sound, delivering the music the way the artists and producers intended it to be heard.” And, to add insult to injury, Drake just signed on with Apple’s subscription service, which is causing Tidal customers to jump ship and head over to Apple. According to the June 29 edition of In Touch Magazine, even Jay-Z’s pal Kanye West is in talks to sign on with Apple.

On top of Jay-Z’s Tidal flop, his wife Beyonce recently infuriated fans when she hinted that she had a huge announcement to make on a morning segment of Good Morning America. Beyonce’s fans went crazy on social media speculating what the big announcement could be, was she pregnant again? Or dropping another new album? No, not even close. Apparently, Beyonce’s big announcement was that she wants all of her fans to drop $1,000 on her new diet plan and eat plants for 22 days, so they can lose as much weight as she did. In Touch Magazine reveals that on Good Morning America the singer, “preached about her 22 day plant-based diet (“The Revolution”) which she had previously announced months ago and costs more than $1,000.

Between Jay-Z’s Tidal Music drama and Beyonce’s over-priced vegan diet, the couple’s loyal fans have been ranting on social media about the greedy couple for weeks now. Jay and Bey are going to have to do some serious damage control if they hope to win back some of the support of their fans. Do you think they are being greedy with their pricey diets and music subscriptions? Or are people over-reacting? Let us know what you think in the comments below!