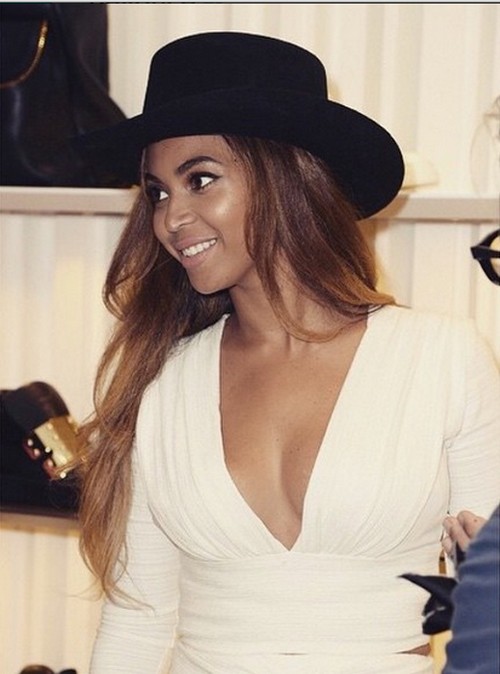 We are now exactly one year from the MET Gala Elevator Incident, where Solange beat the crap out of Jay-Z in an elevator with Beyonce standing by and not doing anything. The Incident quickly became the talk of all the tabloids, and it opened the floodgates to months and months of speculation, rumors, and reports about Jay-Z’s and Beyonce’s divorce.

For the first time, the perfect facade that Beyonce and Jay-Z had cultivated cracked, revealing an ugly and difficult marriage underneath. They had problems, just like every other married couple. However, their problems were a lot worse than anybody ever suspected, with cheating allegations, fighting allegations, drug allegations, partying allegations, and even stories of an open marriage.

Somehow, Jay-Z and Beyonce recovered from the brink of a divorce, even if their public image had been irreversibly damaged. And you’d think that they would avoid the event that caused this whole problem in the first place, right? Well, you’d be wrong.

According to E! News, Beyonce is definitely, definitely attending the MET Gala tonight, even though her name isn’t on any official guest list that has already been released. However, it hasn’t been confirmed whether Jay-Z will be accompanying Beyonce to the event or not. And it’s also not confirmed whether Solange will be at the event, even though sources say that she will probably be there.

So in other words, Beyonce will definitely be there and Solange will probably be there – which means that Jay-Z likely won’t be. Or if he is going to be there, then he has  a lot more guts than anyone’s given him credit for.

What do you guys think? Will Beyonce and Jay-Z present a united front at the MET Gala tonight, especially if Solange is there? Or will Jay-Z choose to avoid the event completely? Let us know your thoughts in the comments below.