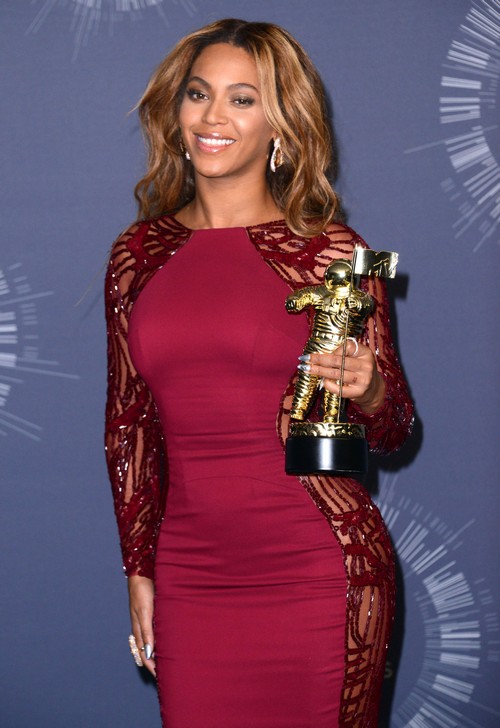 Beyonce had to choose between her sister and her husband, and she chose her husband. Never mind that she and Jay-Z are on the verge of getting divorced, or that Solange is the one who stuck up for her when she found out about Jay-Z’s cheating and affairs. When it comes to publicity, Beyonce will always go with whatever helps her image the most. In this case, she and Jay-Z wanted to present a united front at the VMA Awards, so she ended up ignoring her own sister at the awards in exchange for that little peck from Jay-Z on stage.

Of course, nobody bought the fake affection, so really, Beyonce should have saved herself the grief. Seriously, we get weeks and weeks of divorce rumors, and she thinks that bringing Jay-Z and Blue Ivy on stage is going to make everything go away? Nice try, but nobody’s that stupid.

And for that little bit of PR stunting, she was forced to ignore her own sister. According to sources close to the situation, Solange is seething with anger and humiliation that her own sister chose her cheating husband over her. But more than Beyonce, Solange is angry at Jay-Z for coming in between her and her sister, and forcing Beyonce to choose between them. She probably knew that Beyonce would choose Jay-Z, but it’s gotta sting, right? We know that there’s one person who can’t wait to see Beyonce get that divorce.

However, the more we hear about this situation, the more I’m starting to think that Solange is more intimately involved in Beyonce’s divorce proceedings. Don’t forget, this whole mess started with her attack on Jay-Z, and then proceeded to get worse from there. Is it possible that Jay-Z tried making Beyonce choose between him and her family, and Beyonce chose her family? If that’s the case, is ignoring Solange one of the conditions for a reunion with Jay-Z?