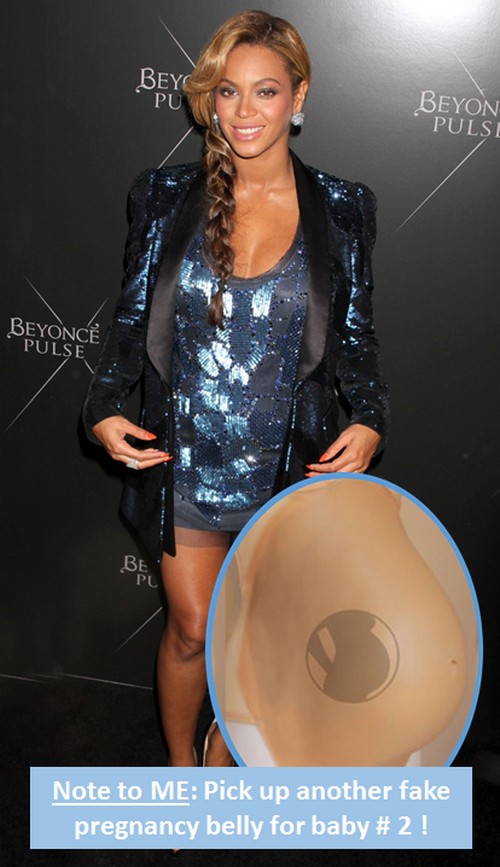 Jay-Z and Beyonce’s divorce and pregnancy, or alleged divorce and pregnancy, have been the leading story in tabloids for weeks now. So, are Beyonce and Jay-Z getting a divorce? Well, that depends on who you ask. Several tabloids are reporting that Jay-Z and Beyonce are sleeping in separate rooms during their On The Run tour, and can’t even stand to be on the same stage as each other. Bey and her hubby’s troubles all began in May when her sister Solange was caught on video attacking her hubby in an elevator, and it was discovered that Jay-Z hasn’t been the most faithful husband in recent years, spurring Solange’s rage. Then there is always the theory that the elevator fight was staged and the rumors have been planted in the press to promote the couple’s On The Run Tour.

Meanwhile beyonce’s father, Mathew Knowles claims the Solange elevator fight was a ‘Jedi Mind Trick’ designed to draw attention to the Beyonce and Jay-Z right before their $100 million On The Run tour. Do we believe this – of course not. Mathew Knowles was fired by Beyonce and he just can’t get over it – so now he’s claiming the divorce rumors are false just because talking about Beyonce is the thing that will bring him the most attention. Seriously, do you think Beyonce and Jay-Z, who dine with President Obama, would pull such a low-class stunt as to have Solange attack Jay-Z in an elevatore at the Met Gala?!? And then leak the tape themselves to TMZ… please.

However, according to the September 8th edition of OK! Magazine, any marriage troubles that Beyonce and Jay-Z did have are officially behind them. The couple has put aside their differences, and they are head over heels in love all over again…because Beyonce is pregnant with baby number two. Will we see another fake baby bump like we did when she was allegedly pregnant with Blue Ivy? According to the magazine’s inside source, “For the last month Jay has been fiercely protective of her, just like when she was expecting Blue Ivy. He’s been doing everything he can to ensure that Bey is in a stress-free bubble, and he says that all of the food Beyonce eats should be organic. He’s really doing his best to make sure that she is as comfortable and healthy as possible.” The source went on to explain that Beyonce quit drinking on the tour a month ago, and wouldn’t even have a sip of champagne to celebrate. She also has been seen rubbing her belly like an expectant mother does.

Women plan pregnancies all the time to save their relationships, there’s no reason to believe that Beyonce wouldn’t do the same thing. Although there is a slight hole in OK! Magazine’s theory, if Jay-Z is so determined to keep Beyonce stress-free and healthy in the early stages of her pregnancy, then why is he allowing her to bump and grind and jump up and down on a sweaty stage in front of thousands of people. Do you think that Beyonce and Jay-Z are really pregnant with baby number two? Let us know what you think in the comments below!