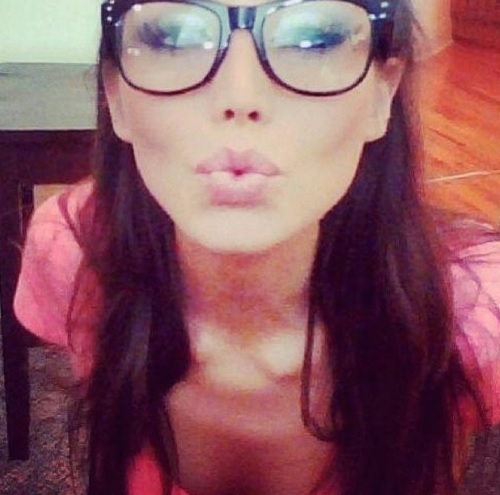 When Big Brother 17 spoilers revealed that this summer the first transgender player would be moving into the house, Audrey Middleton became a household name. With all of the buzz about Caitlyn Jenner, and other transgender TV shows and reality TV stars popping up left and right, it seemed like a genius publicity move for the CBS reality TV show. But the Big Brother powers that be may have wanted to vet Audrey a little more before throwing her into the house.

Apparently, Audrey – formerly known as Adam – Middleton has an arrest record and was arrested for drug possession. The July 6 edition of GLOBE Magazine reveals, “According to cops Audrey was found passed out at 4 AM in the back seat of a car parked in Buford, Georgia. When lawmen searched her SUV they found a baggy of marijuana. She was placed in a pretrial division program. Two misdemeanor charges were ultimately dropped.”

Audrey’s checkered past isn’t the only thing making the BB17 cast member raise a few eyebrows. Since Season 17 of the reality TV show began airing on CBS, spoilers from the live feeds have been leaking to the internet and Audrey has apparently rubbed quite a few of her fellow houseguests the wrong way. She basically made an alliance with practically everyone in the house, and her disloyal behavior is starting to catch up to her. Head of Household James and other members of the mega alliance recently discovered that Audrey has been playing everyone, and talking behind their backs.

Obviously, there have been houseguests with arrest records, and houseguests with less than honest strategies that have moved in to the Big Brother house in the past. But, because Audrey is the first transgender player – she is under a microscope. Do you think if Audrey wasn’t transgender CBS would have still cast her? Would she still be stirring up this much controversy? Let us know what you think in the comments below!