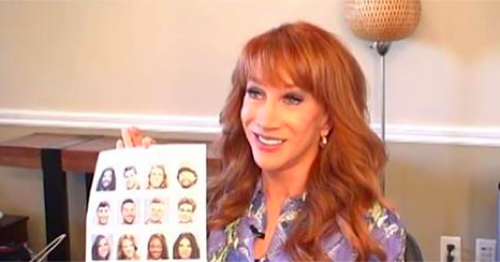 Tonight on CBS Big Brother 17 airs with an all new Wednesday July 8, season 17 episode 7 called “Episode 7”, we’ve got your recap down below! On tonight’s episode the Power of Veto competition is held.

On the last Big Brother, the new headed of household move into their rooms and nominate two people for possible eviction. Did you watch the last episode? If you missed it we have a full and detailed recap, right here for you.

On tonight’s BB17 as per the CBS synopsis “during the veto meeting, the power of veto competition winner can save someone from eviction.  We will get to see who the final nominations are!”

#BB17 starts on day 16 and Jason and Steve are happy they won the BOB. John says he held up his end of the deal and now hopes that Shelli and Clay hold up their end of the deal. Becky heads upstairs to get her stuff out of the room confident that Shelli is going to backdoor Audrey as agreed. Da’Vonne tries to pull it together. She’s then in the confessional and upset, sure that John threw the BOB.

She says the house is working as a unit to try and get her out of there. John goes to see Shelli and Clay and she hugs him. He says he didn’t do anything and just went with Day’s bad strategy. Clay reassures him and says he won’t be a pawn that goes home. John thinks he doesn’t really know them well but has to trust them now that he’s playing along with them.

Shelli and Clay are in the bed in the dark in her HOH room. Jason says he feels for Day on the block and James says Day may be going home. Audrey eavesdrops from the room next door. They wonder if it’s Audrey and Day up on the block against each other. Jason says he hopes Shelli will backdoor Audrey like they talked about.

It’s time for a #TwinTwist swap and Liz and Julia update each other on what happened. Shelli calls everyone for the Power of Veto. Shelly, Day, and John are up there and they each pull a chip. Shelli pulls houseguest choice and chooses Clay. Jason says no surprise. John draws Meg. Da’Vonne draws Steve. Da’Vonne is not happy. Shelli chooses Jackie to host the competition.

Clay goes to talk to Audrey to cut her a deal about sending Day home and telling her she’s safe. Da’Vonne talks to James about how she has to win veto because Steve, Meg, Clay and none of the others will take her down. For the POV, they are back on the Ginger Fever set and they have to look for missing items from Kathy Griffin’s list of must-have’s on set. The game is called High Maintenance!

John goes first and picks Da’Vonne to face off against him. They hear Kathy’s voice and then have to see the photo. John goes and grabs the unicycle and slaps the buzzer and just beats her. That means Da’Vonne is out. John then chooses Steve who challenges Clay. They need a rubber duckie and Clay beats Steve by a hair. Steve says he was glad not to win and put a target on his back.

Clay chooses Meg to play next. She then picks Shelli to play against. Shelli rings in with the incorrect item and she’s eliminated. Meg is annoyed that Shelli screwed up and eliminated herself. Meg chooses John who then chooses her. John goes running for corn starch and rings in before Meg even moves. That eliminates Meg. Now John has to face off against Clay.

John goes running for the giraffe and rings in while Clay is still staring and trying to figure it out. He wins the POV. Da’Vonne hopes this means that Audrey will be back-doored. Shelli had wanted him to throw it so her plan to not back door Audrey would not be revealed. Now she either has to put Audrey up or her treachery with Becky will be revealed.

Clay goes to talk to Shelli about their options. He says getting Day out is the best move for her game. He says if they get the people they trust to tell John they won’t vote for him and get him to not use his veto, it could still work. She is worried about Becky and calls her up to see if they can get her on board. Shelli tells her that Day is her target. She says if she puts Audrey up, Audrey will go home.

Becky says Audrey is worse and Clay says they feel about Day like she feels about Audrey. Shelli then tells Becky she has a chance to win HOH again last week. Becky thinks if they want to get blood on their hands, that’s up to them. She leaves them to do what they want. Da’Vonne tells Jason she’s not going to roll over and die. James comes in and thinks they may put him up.

Vanessa doesn’t want her allies on the block. She goes to talk to Shelli. Shelli says they’re going to try and get John to not use his veto, won’t nominate Audrey and everyone will go after Da’Vonne. Shelli says she won’t do Jackie or Becky. John comes in then and they applaud him. Shelli tells John that Becky is cool with not back dooring Audrey. She doesn’t want him to use his veto.

Clay says if he won’t use his veto, they guarantee he won’t go home. John is shocked. John wonders why he would do that. John says it would destroy everything if he doesn’t use it. Shelli then asks him who should go up in his place and he says he doesn’t care, then says Becky or Liz. She says no to Becky. Austin comes to talk to Shelli and she asks him to get Liz too.

Shelli has to come up with a pawn replacement nominee. She tells Austin and Liz about the plan to send Da’Vonne home. She tells Liz she wants to put her up in place of John. Shelli says she needs to put her up and Liz says she doesn’t have the number like Da’Vonne has. Shelli tells her not to tell anyone. She says if she does, Da’Vonne can start campaigning.

Liz is feeling blindsided and tells Shelli she’s scared. Liz goes and tells Becky that she’s scared. She’s crying and Becky and Austin calm her down and tell her that everyone knows Day is a trouble maker. Austin doesn’t want Liz on the block. Austin decides to try and get Meg on the block instead of Liz and tries to get Vanessa on board to talk to Shelli.

He tells Vanessa that Meg was talking with some of the others about keeping Day. She says James, Jason and Meg. Austin comes in and says Day is setting Clay and Shelli up as isolated and separate. He says it was whispering and he was having a hard time hearing. He says if Meg was up, they wouldn’t turn on it. Shelli buys it. Austin says sometimes it’s good to be a little paranoid.

Audrey tells Clay it’s good to have her own bed and that’s a perk of being hated. She tells him she’s a target and he says she’s not going home because of him and Shelli – but they also don’t trust her. She says it feels like he’s being condescending to her like he’s the boss of her. She says she’s been completely abandoned. He says the whole house wants her out.

Clay is annoyed that she’s trying to put words in his mouth. He then goes to Shelli and says Audrey is pissing him off and making him nervous. He says he can’t trust her at all. John calls everyone for the veto meeting. He says he is saving himself and tells Shelli to choose a replacement nominee. Shelli says this is not a good position to be in. She says she really likes Da’Vonne.

She then puts up Meg next to Da’Vonne. John adjourns the meeting. Meg says she was hoping she wasn’t going to be the pawn. She says now Day has no fighting chance. Shelli is pleased that her plan will go through and Day will go home. Day says people love Meg but it’s crazy not to bet against her and says she’s fighting. Jason says he still hopes it will work out for him and Da’Vonne.