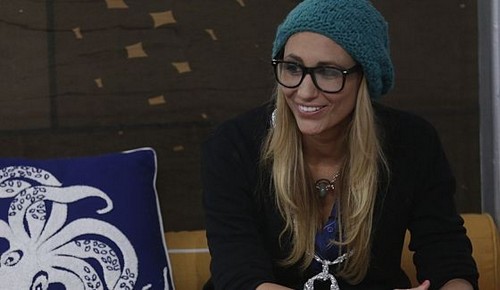 “Big Brother 17” spoilers are in and it appears that BB17 production have tried to manipulate the game in order to make sure that professional poker player Vanessa wins. It may have worked better, except that Liz didn’t understand the clues that production gave her when she was competing in the second part of the final Head of Household challenge. Do you think “Big Brother 17” is capable of rigging the game to ensure their favorite takes home the victory?

Steve finally realized what many fans have seen as well – that TPTB at “Big Brother” wanted Liz to win the final HOH comp, part 2, to ensure that Vanessa won the season. Is it possible that BB17 knew that if Liz won final HOH, she would take Vanessa to the final two? That would essentially lock in a season win for Vanessa, wouldn’t it? The problem is that with Steve winning round 2 of the final HOH there is a serious possibility that he could beat Vanessa in the playoff round for final HOH and take Liz to final 2, ruining the Vanessa fixed win that appears to be the goal of BB17 producers.

If Steve wins the final round of the Head of Household, he told the live feed fans that he planned on voting out Vanessa. He said he will not be Cody from last season – and referred to Vanessa as Derrick. Steve seems to be a great young adult with a good head on his shoulders. It seems like he has finally figured out that Vanessa has been using him (and everyone else) all along. Now, the question is, does Steve have the strength to vote out Vanessa – making her the last jury member?

CDL reported last week that the game was allegedly rigged in Vanessa’s favor. She has a CBS TV show, “Poker Face” set to air later in fall. TPTB wanted to secure a win for her in order to help promote her show. Is it possible that the show isn’t un-scripted reality TV anymore? The casting director used more recruited players than ever before – ten out of 16 players. The recruited players – Liz and Vanessa- could have been coached prior to going into the house.

Steve voiced his disgust with the possibility of production assisting Liz in a challenge. He began to think about all the times when Vanessa had won when her back was against the wall in the house. Steve said out loud at one point, “Could production want her to win?” The short answer to that is, yes.

Fans have questioned if the game was rigged more often this year than in previous years. In fact, many fans on social media say they wouldn’t put it past Allison Grodner to fix a winner in order to secure another contract as executive producer of “Big Brother” next summer. Do you believe that production helped Liz during the competition? Do you think TPTB attempted to rig the game for Vanessa to win? Don’t forget to check back later for more juicy “Big Brother 17” spoilers, news, and updates!