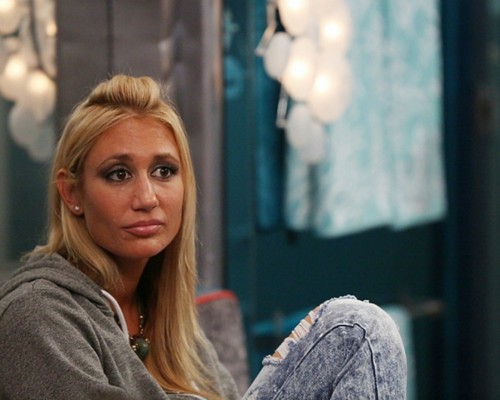 “Big Brother 17” spoilers are in, and if they are right it looks like the Vegas professional poker player, Vanessa Rousso, will win the game. And that’s not all; it appears BB17 producers rigged the game to ensure their pick (Vanessa) will secure a big win on the finale night. Is it possible that CBS planned for Vanessa to win it all?

It all comes down to the credibility of an undisclosed inside source. A cameraman on the set of “BB17,” claimed that the show fixed it for Vanessa to win the prize in order to promote her new CBS show, “Poker Face.” He claimed that she was fed inside information – including production revealing to her when she was a target in the house – giving her a huge advantage in the game. If it is true, that could explain how she seems to know exactly how each of the houseguests is feeling about her and their position in the game.

Immediately following James’ eviction, fans were upset that the fan favorite exited the game in seventh place. Social media exploded with hostile fans claiming they called right after the double eviction to cancel their live feeds. Generally, fans couldn’t see any reason to watch the show anymore after James left the house. They didn’t want any of the remaining houseguests – Vanessa, Liz, Julia, Austin, Steve and Johnny Mac – to win the game.

Six weeks ago, Shelli and Vanessa were on the block facing eviction. Head of Household, Becky believed that Vanessa would be the first member of the jury. At the last minute, James and Meg switched their votes to saving Vanessa and convincing others to do the same. At the time, fans felt that production may have intervened and helped Vanessa stay in the game. Is it possible that production told James or Meg that keeping Vanessa was a better move?

This is not the first time that “Big Brother” was under fire for fixing the game. It seems like every other year, it comes up. When Rachel Reilly won “Big Brother 13,” many people felt the season was set up guaranteeing her to win. However, during her season, no one can discount that she completely dominated the season. She won Head of Household and Power of Veto numerous times. In fact, she was referred to as a competition beast. The reason she wasn’t eliminated from the game is she never gave them a chance; she won Power of Veto each time her life in the game was at risk.

It is possible that “Big Brother” is not a reality TV show at all, but merely a scripted show to appear as if it is reality television? With Vanessa in the final five now, is it possible the show fixed her win so she could promote her new show, “Poker Face” as “Big Brother” winner? One thing is for certain; Vanessa is playing a flawless game, and at this point is the most deserving player to win “Big Brother 17” but is she doing it on her own?