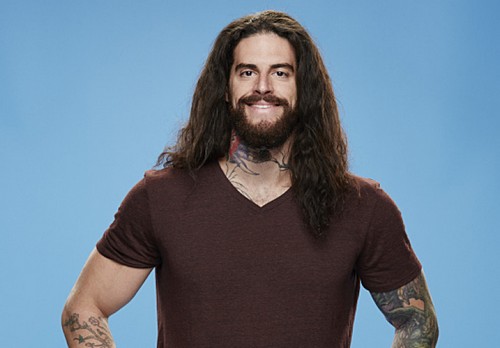 “Big Brother 17” Monday live feed spoilers are in, and boy are they action-packed. The live feeds have been buzzing, and it is hard to pinpoint which twin will leave the house this week. Liz and Julia figured out that Vanessa has an alliance with everyone in the house and discussed how to get her out of the house. Production told Austin to wash his hands after using the bathroom. And, Steve talked to himself again.

Vanessa started the day working the twins for their jury vote at Finale night. She lays it on thick telling them she admired their gameplay. She tells them she felt they would win ‘America’s Favorite Player’ this year. If nothing else she said, “Seeing you go through being on the block this week will win America over. You have the AFP won, in the bag.”

Vanessa finds a dirty towel in the kitchen sink. She came unglued. She talked to herself a few minutes before storming up to the Head of Household room with the dirty towel in hand. She demanded that Steve goes downstairs and cleans up the mess. He does just as she wanted.

Austin went to the bathroom and stood by the mirror admiring his muscular physique. Production asked him if he washed his hands. He ignored them. He proceeded to brush his hair, flex in front of the mirror and straighten his beard ponytail. He left the area without washing his hands. Production says, “Austin, please wash your hands.” Perhaps Austin hasn’t heard of the risks of e. coli infection – or even worse, is he trying to risk the health of his rival houseguests?

Vanessa pushes Austin and Johnny Mac to vote out Liz this week. She told them that Liz is great at competitions. Austin is resistant because he really wanted to keep Liz this week. Vanessa is secretly hoping that Julia stays over Liz because she is worried that Liz won’t want to work with her.

When she leaves, AusTwins figured out that Vanessa has a final three deal with John and Steve. Julia tells them that is why she has protected Johnny Mac and Steve the past few weeks. “OHHH, that makes perfect sense,” Liz said. They made fun of Vanessa for believing she is just like last season’s winner, Derrick.

AusTwins talk about Johnny Mac. They think he will have a big win soon, possibly Head of Household. They consider making him a final three deal but worry he’d tell Vanessa right away. Julia points out that Vanessa was playing everyone against each other. “Vanessa must be the target, immediately,” Julia said. She continued, “She wins competitions only when she needs too. If she doesn’t NEED a win, she throws the competition. She’s a HUGE threat to anyone who wants to win this game.”

Steve talked to himself outside and reinforced what fans already know. He was loyal to only one person- Johnny Mac. He doesn’t trust Vanessa, but must make her believe he does. Steve said the next target will be Austin and Julia or Vanessa – depending on who wins the next Head of Household. Come back later today for more juicy “Big Brother 17” spoilers, gossip, and updates.