Big Brother 17 Spoilers: Who Will Be Evicted September 10 – Power of Veto Ceremony Results Put Twins On The Block 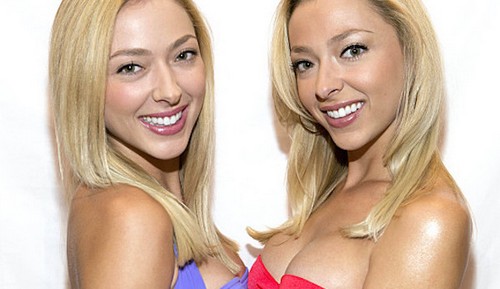 “Big Brother 17” spoilers reveal the houseguests had a very emotional week and who is evicted most likely on Thursday, September 10 epsiode. Steve won the Head of Household competition and knew he had to go after a huge power couple, Liz and Austin. They were forced to fight for themselves in the game and decide once and for all if they wanted to align with each out inside the house.

Austin won the Power of Veto on Saturday evening. He knew he needed to secure a win to guarantee his safety this week. He felt as if he was the target for eviction on Thursday. He immediately said he would pull himself off the block, even knowing that Julia or Vanessa would be the replacement nominee. He explained to them both that he must do everything possible to further his life in the game.

At the Power of Veto ceremony, Austin used the veto on himself. As CDL predicted, Steve replaced Austin’s nomination with Julia. The final nominees are Liz and Julia. One of the twins will be sent to the jury on Thursday night. So who will leave the “Big Brother” house?

Austin told Liz that he would vote how she wants him to on Thursday. He asked for her to decide which one of the Nolan sisters to send into the jury house. For the past 24 hours, live feeders have seen the houseguests go back and forth about which twin to send a packing. One of the deciding factors is if they send Liz home, it will break up Julia and Liz’s alliance and Austin and Liz alliance. It would also dissolve any possible alliance with Vanessa. It seems like the obvious choice is Liz, but the houseguests are struggling with the decision.

Vanessa knows that voting out Liz is the best game move for her. She has stated many times that she planned on keeping Julia because she feels she would work with her. She doesn’t feel a connection with Liz as much. Furthermore, Liz is a competitor. She wins competitions and constantly breaks down the best game move for her, Julia and Austin. All houseguests believe that if they evict Liz, Austin and Julia will be much less powerless together.

If the whole house has decided to vote out Liz, chances are Austin will vote the same way. With only three votes to evict this week, his vote will not even matter. Johnny Mac and Steve decided early in the week that Liz would be the main target this week. Vanessa said she will be voting Liz out, as well. There isn’t a mystery about who will leave the “Big Brother” house this week; Liz will know beforehand it is her time to go.

Do you think voting out Liz is the best game move? Is Julia the weaker twin? Come back later today for more juicy “Big Brother 17” spoilers and updates.