Big Brother 17 Spoilers: Who is Vanessa’s New Week 10 Nomination Target After James Wins POV – Liz or Julia On The Block? 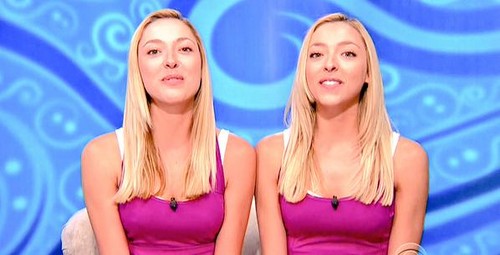 Big Brother 17 week 10 spoilers are rolling in, and it looks like the BB17 house is scrambling to find a new target for the week. The POV comp didn’t go as planned; James, who was nominated for eviction this week, won the POV. Now, Head of Household Vanessa will need to find a new target. She can either go the safe route and send Meg or Johnny Mac packing or take an out a real player – one of the AusTwins alliance members. Vanessa has a hard decision to make. One thing that is for sure, James will take himself off the block – leaving Vanessa with the task of place another Big Brother 17 houseguest in his place. So who is Vanessa thinking of nominating?

AusTwins want her to nominate Johnny Mac, and they will vote him out. They told her they’d vote Meg out, but it was a lie. They confirmed this to James. Austin said, “I am telling her I would vote who she wanted out, but I would never vote Meg out.” Austin has worked for a few weeks to gain Meg and James trust, and it looks like it may be paying off.

Vanessa entertained the idea with putting Julia up. She told AusTwins that in order to evict Meg, she needed to nominate Julia – as a pawn. Julia was not happy about that idea at all. She felt like it was dangerous to put her up at all. Vanessa looked as if she was struggling with the idea of making a big move.

At around 9 P.M BBT, Vanessa asked both Johnny Mac and Steve if they would volunteer to go up in James place. Steve immediately said he doesn’t want to go up on the block. Vanessa broke it down for him, “Steve if you don’t go up, and I have to put John up – he will go home. You are safe.” Even so, Steve doesn’t want to put his game at risk. Vanessa seemed not to want to put John on the block.

Vanessa has a few days to ponder her choice. Does Vanessa have it in her to put Julia on the block? At one time, Austin wanted Julia to go home – if it meant that he and Liz would stay in the house longer together. Steve hardly talks game with her – and that seemed to bother her quite a bit. She felt like since he didn’t talk game, he may not be disclosing everything to her. Johnny Mac runs to her with everything he hears – without holding back any information- and in this case, it may help his case.

It will be very interesting to see how it plays out in the next few days on BB17. As the Big Brother house numbers dwindle, re-nominations become much more difficult and carry the risk of blowing up the HoH’s whole game. Who do you think Vanessa will put up on the block in James’ place? Does she have the nerve to put Julia or Liz on the block? Come back later today for more Big Brother 17 spoilers and updates!