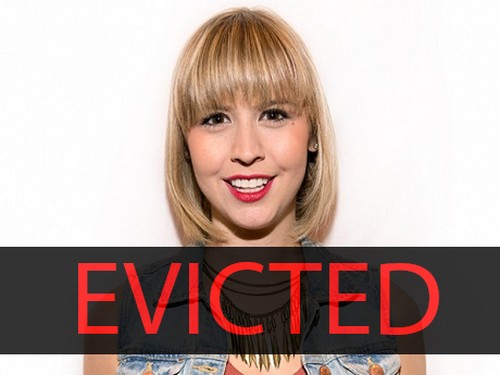 Big Brother 17 spoilers reveal that Meg Maley has officially been evicted from the BB17 house. Week 10 kicked off with Vanessa Rousso nominating Meg and James against each other for eviction – however James won the POV and saved himself. Vanessa put Julia Nolan up on the chopping block beside Meg as a pawn, and at the end of the day the Austin and Twins alliance was too strong for Meg to overcome. Check our live recap right here.

So, what lead to Meg Maley’s demise in the Big Brother house? When you actually think about it … what didn’t lead to Meg’s demise? In all actuality it is pretty miraculous that she made it this far in the game considering the lack of competitions she won, combined with the lack of strategizing she did. There are two types of Big Brother players. The ones that actually play the game, and the ones that sign up for a free summer vacation. It’s pretty clear which one of those categories Meg falls under.

Although, in Meg Maley’s defense there were Big Brother 17 spoilers from the live feeds throughout the week that indicated there was a chance that Meg could be safe. Both Meg and James tried to convince Austin and Steve to flip the votes and make a power play and send Julia home instead. Steve and Johnny Mac did toy with the idea for a few hours, but at the end of the day Julia and her twin sister Liz proved to have the better strategy and they managed to convince Steve to stick with the plan and promised to protect him later on in the game.

Big Brother 17 spoilers from the live episode airing on Thursday September 3 indicated that Week 10 will be a double eviction episode and we will be bringing you these second round week 10 eviction results as soon as they are available! James was evicted in the Double Eviction second round – for all the details check out live recap right here!