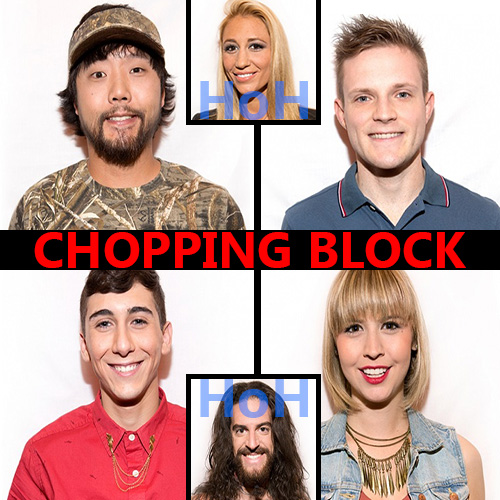 Big Brother 17 spoilers are rolling in, and Austin Matelson and Vanessa Rousso are officially the Week 3 Heads of Household after winning the HOH competition on Thursday, July 9. Now, the two HOHs must both nominate two players for eviction, and the four nominees will battle it out in the Battle Of the Block competition later this week to see whether or not Austin or Vanessa will be dethroned and possibly in danger of being evicted.

Both Austin and Vanessa are forces to be reckoned with in the Big Brother 17 house, Austin being a professional wrestler and Vanessa being a professional poker player. The BB17 houseguests should really be shaking in their boots going into the Week 3 nominations for evictions. Big Brother spoilers leaked in earlier from the CBS live feeds, and Austin and Vanessa were up all night talking strategy and discussing who they wanted to put up for eviction.

Ironically, Audrey Middleton is still not a target in the BB17 house, despite all of the wishy-washy alliances she has been forming. It looks like Austin and Vanessa are staying true to their decision to work with the Nolan Twins, and Liz sat in on the majority of their nominations discussion.

Several names were being tossed around throughout the night, but the bottom line is Vanessa desperately wants to see James evicted during Week 3. According to BB17 spoilers from the live feeds, the professional poker player planned on nominating John and James. Prior to the official announcement, Austin thought that he should put up Jason and Meg. It looks like James is the ultimate target this week, but if the HOHs’ plans go awry, then Vanessa plans to backdoor Jeff. Either way she’ll be pleased.

What do you make of their choices? Do you agree with their strategies? Let us know what you think in the comments section below and don’t forget to keep checking back here for all your Big Brother season 17 spoilers, news, updates, and gossip!