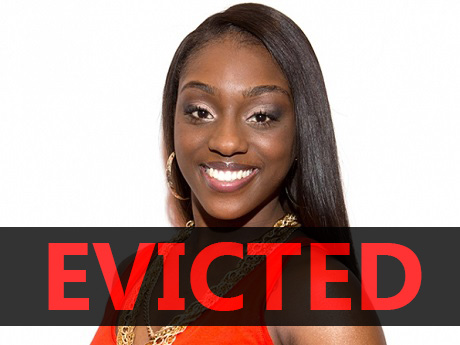 According to Thursday night’s LIVE broadcast of Big Brother season 17 spoilers, Da’Vonne Rogers has been officially voted out and evicted from the BB17 house. And that’s a wrap to Week 2 of the CBS reality TV show! If you missed tonight’s episode of summer’s hottest reality show, CLICK HERE for CDL’s full recap. Big Brother 17 spoilers leaking in from the LIVE Feeds have made it clear all week that Da’Vonne, aka Mama Day, didn’t really stand a chance – despite the fact she had multiple opportunities to save herself: Three, to be exact.

First, Da’Vonne lost the Battle of the Block competition. If she had won, then she would have been taken off the chopping block entirely. Then, Da’Vonne had another chance to save herself in the Week 2 Power of Veto Competition, which BB 17 spoilers earlier this week revealed she also lost. Lastly, Da’Vonne figured out the Twin Twist – an impressive feat. She could have used the information to save herself. But, instead, she blabbed it to Jason who, in turn, told all of the other houseguests. Da’Vonne could have easily used the information to blackmail the twins into getting her votes. Or she could have even used the secret to turn the attention on to the twins Liz and Julia – and maybe if she had shared it with the right people she could’ve gotten their votes in exchange for the information.

Since Da’Vonne won the power of the Seventh Call in the ‘Last Laugh’ Big Brother Takeover Twist, helmed by Kathy Griffin, she only needed 5 votes – 5 votes! – to remain in the competition. But, alas, she made all the wrong choices and couldn’t take home the wins where they counted.

Big Brother 17 spoilers from the live feeds today made it pretty clear that Da’Vonne was going home. The other houseguests minds have been made up for days. We watched and waited, hoping Da’Vonne had one last power move to pull out of her back pocket, but unfortunately her fate was sealed.

Do you think the houseguests made the right decision in evicting Da’Vonne? Did she throw the game away by not using the Twin Twist to her advantage? Let us know what you think in the comments below and don’t forget to check CDL for all of your Big Brother spoilers and recaps.