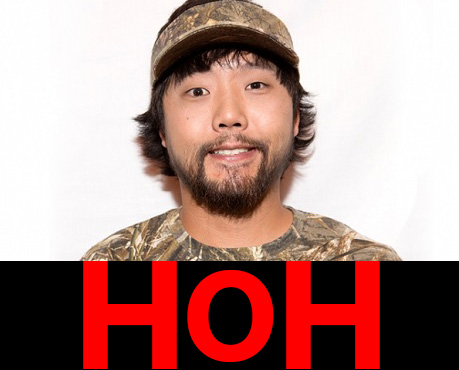 The Big Brother 17 LIVE broadcast revealed that Jason Roy was sent home packing. We also know that James has been crowned Week 6’s sole Head of Household! This week has done away with the Battle of the Block competition, so now we’re back to the good ol’ days. It will be interesting to see what this means in terms of nominations, but we can surely expect one thing: some drama.

The House is clearly divided into two major parts, with Vanessa controlling the more dominant side, so I look forward to seeing whether or not V and the Sixth Sense squad continue their reign of power. My guess is they won’t; it will definitely be harder for them this week with James in charge. Regardless of what happens, Vanessa can take a break from “getting blood on her hands” this week – and she might even need to find a nice dark corner to hide in if she wants to avoid the Chopping Block altogether.

While I’m really in Vanessa’s court (and hope she goes all the way), there’s something about Clay and Shelli that strikes my last nerve (perhaps it’s because they possess too much Adorable Energy?). While my overall feelings are uncertain, I think it’s time for a power shift in the house. Who’s with me? Honestly, the overall gameplay in the house has been a bit dry and very “expected” during Big Brother season 17 – so it’d be a breath of fresh air to see something new go down.

Things will definitely be shaken up this week. Immediately after the HoH competition, tensions in the house were already starting to rise. The power team that has dominated the house for much of the game clearly isn’t in power any longer – and, according to BB17 spoilers, they aren’t liking it too much. Who do you think James will nominate for Week 6 eviction? He might choose to target Austin or the twins – or he might try and go after Shelli. It’s a bit up in the air right now, but we’ll be sure to let you know who he nominates tomorrow!

Keep checking CDL for all your current Big Brother spoilers and updates!