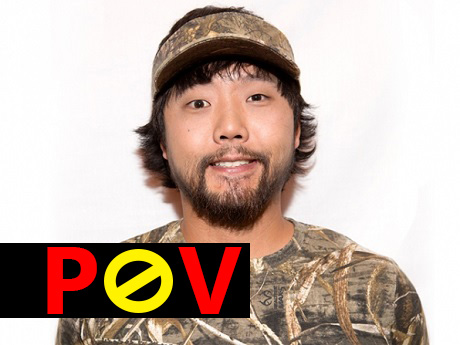 Big Brother 17 spoilers from the LIVE Feeds reveal that James, current HoH, won the Power of Veto competition – probably the next worst thing that could’ve happened to Clay and Shelli. James placed them on the Block in an amazing, game changing move and, really, their only hope was for one of them to win the prize and overthrow the eviction plan. Well, it’s looking like Week 6 will see the destruction of this season’s golden couple. You two were cute while you lasted, Clelli, but you should realize that showmance love NEVER keeps you alive in the Big Bro house for long. So start packing yo’ bags.

Since the PoV competition has ended, Big Brother spoilers indicated that Clay was running around the house like a chicken with his head cut off trying to get the all the HGs to vote him out over Shelli. Aw, isn’t this sweet: The Texas A&M Knight in Shining Armor ties to save his Princess. While many of the HGs might view Clay as the bigger threat, Shelli, for the most part, was the intellect behind their little dynamic duo. So, if I had to cast a vote, I’d probably choose to evict Shelli – but, in the long run, they’re both fairly equal. It will definitely be interesting to see whose dream of winning Big Brother season 17 comes to an end.

Let us know what you think of this current scenario in the house. Don’t forget to keep checking CDL for more BB17 spoilers, updates, news, and gossip!

UPDATE 8/3/15: Turns out that, as expected, James chose to use his PoV to keep the noms the same. Therefore, it’s a sure thing that Clay or Shelli will be evicted during Thursday’s LIVE Eviction Ceremony. Clelli will be no more! The only question now is WHO will the houseguests choose to kick out the door with packed bags? Tune in Thursday to find out. Whisperings around the house seem to be using Clay’s name a lot – but I think, if people were smart, they’d evict Shelli. She, in my opinion, is the stronger overall player. But who knows? What do you make of these results? Leave us your thoughts in the comments section below!