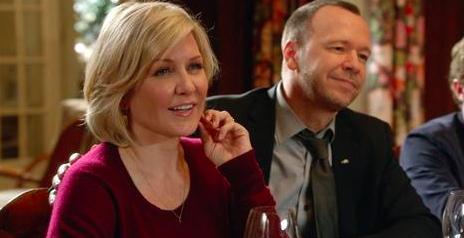 Tonight on CBS Blue Bloods continues with an all new Friday November 6, season 6 episode 7 called, “The Bullitt Mustang.” and we have your weekly recap below. On tonight’s episode, the last remaining Mustang from the film “Bullit” is stolen, so Danny (Donnie Wahlberg) and Baez (Marisa Ramirez) investigate.

On the last episode, when Jamie was caught on camera committing what could be construed as police brutality at an anti-policy demonstration, Frank was forced to turn the case over to Internal Affairs. Also, Danny and Baez investigated a rape case involving a civil rights attorney who claimed the charges were drummed up in retaliation for the investigation into Jaime.

On tonight’s episode as per the CBS synopsis, “the last remaining Mustang from the film “Bullit” is stolen, so Danny and Baez investigate. Elsewhere, Erin clashes with Frank when she sides with her boss on a matter involving cops being held accountable for fixing traffic tickets.”

Blue Bloods “The Bullitt Mustang” airs tonight at 10:00 pm ET and we will be live blogging all the details. So don’t forget to come back and refresh your screen often for live updates.

Apparently the District Attorney had decided in advance to make Erin’s fortieth birthday memorable but she wish he hadn’t set her up in direct opposition to the NYPD.

The DA wants to begin taking a tougher stance with the police department so he had the Investigation Squad look into the officers’ backgrounds and unfortunately they found enough to arrest several beat cops for official misconduct and tampering with records. Both serious offences yet they all seemed to have come about because of parking/car violations. That is an officer would get rid of a few tickets if their family member called asking for a favor.

And not only is such practice tame, it also goes back generations. As in every cop has at least had an opportunity to throw their name or badge number around. But to the very same police, it felt like the DA was being unnecessarily strict with them all of sudden.

But to make matters worse was the fact the DA chose to make Erin the lead on the case. So she has to take it in order to look like she’s tough on crime and is not selective in delivering justice. And while that was the best move for her career, it did make things exceptionally hard for her father the commissioner.

Frank didn’t want her attached in a case that was shaping out to be an Us vs. Them battle. Yet she was and so Frank was letting his people take the lead. That way they would do what was best rather than merely protect Erin’s feelings. And honestly they hoped it would end in the police reasserting their authority.

However, out of all the Reagans to become vengeful, Danny was staying out of the fight altogether. He and his partner were literally handed a case on tonight’s episode of “Blue Bloods” and they had personally felt for their victim. An older man by the name of Owen Cairo had his one of a kind car stolen and he needed to find it because of his personal attachment to the car.

It seems the car is famous. It was the only remaining Mustang driven by Steve McQueen in “Bullitt” and Owen himself had inherited the car from his father. So Danny was busy helping meanwhile it was Jamie that had pulled over the DA’s uncle for a traffic violation.

Though Jamie and Jenko had been in the perfect place to spot the misdemeanor so the judge called foul. He said what they were doing wasn’t police work but was actually retaliation. Hence he took the issue up with his nephew who then complained about it to Erin.

And that meant Erin had to have a chat with her dad. She told him that the District Attorney’s office was simply doing their job and that the police shouldn’t take it personal. And to be fair to Frank, he did follow her advice. He stepped in called off a “Blue Flu” before it could get out of control.

Now if that Blue Flu had gone ahead then the police wouldn’t have shown up at court summons nor would they have gone out of their way to assist the ADA in closing a case. So the District Attorney’s office would have found themselves out in the cold if hadn’t been for Frank. But while he may have sided with Erin as a policy, he couldn’t help remarks at her birthday party with the family.

Surprisingly, he had once quashed a ticket for her and her friends after they had been caught speeding with one of them carrying an open can of beer. So her father found a way for Erin to get knocked off her high horse.

His father had gotten a dummy car along with the real one in case Owen ever tried to do something stupid like sell the actual car. And that’s why after his father’s death, Owen’s mother decided to take the add precaution of handing Owen the dummy car rather than the real one. So the real mustang had never been in his possession.

Though after his arrest for fraud, Owen’s mother did tell Danny where he could find the car so that he could see it in person. And now the Reagan men have a unique Christmas card of them standing by the infamous mustang from “Bullitt” which as they claimed had the greatest car chase in movie history.

But Erin felt it was everyone’s best interest to have a long talk with her boss as their policy with the NYPD.