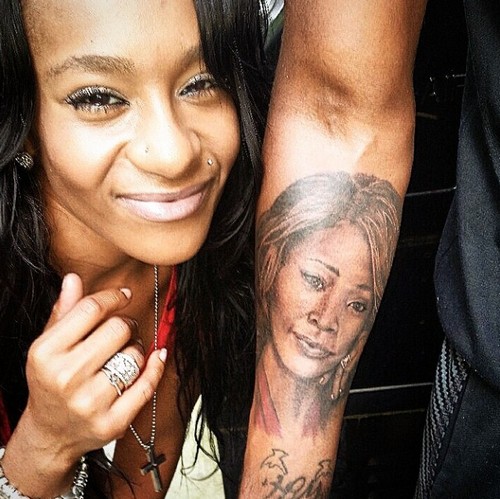 Bobbi Kristina Brown’s cause of death is still a mystery, but new details suggest Bobbi’s drug friends as wel as Nick Gordon were involved in her drowning. Thanks to new amendments to the multimillion lawsuit filed against Nick Gordon, accusations claim Bobbi Kristina’s death was no accident and also involved two of Bobbi’s friends – Max Lomas and Danyela Bradley.

Bobbi Kristina was discovered was face down in a bathtub of cold water in her townhome on January 31. It was later revealed that the drowning caused global irreversible brain damage. Police and Bobbi’s family have been trying to find the official cause of the 22-year-old’s death, but Nick Gordon’s story doesn’t add up.

The only daughter of Whitney Houston was missing two teeth and had injuries and bruising inconsistent with damage typically done during CPR. Nick Gordon’s behavior was beyond erratic, and a neighbor Bobbi was allegedly close to and called “Mama Deb” claims that Gordon reeked of alcohol as authorities and paramedics arrived to try and save Bobbi.

The new details shared by Daily Mail from the lawsuit filed against Nick Gordon not only claim he gave Bobbi Kristina Brown a “toxic cocktail,” he was cheating on Bobbi with her friend while she drown in the tub. The suit reveals that Max Lomas and another white female guest, said to be Danyela Bradley, were at the townhouse during Bobbi’s drowning incident. The guest was laying on the bed as Bobbi Kristina and Nick fought after Gordon returned from an all-night cocaine and booze bender. After the altercation, Gordon came out of the bathroom wearing different clothes and lay his head on the ankle of a “female guest” who is believed to be Danyela and said, “Now I want a pretty little white girl like you.”

If that doesn’t make your skin crawl, the details get even more concerning. The day after Bobbi was admitted to the hospital, Nick Gordon was photographed pushing Danyela out of the same facility Bobbi was being treated at! Nick was not allowed to go near Bobbi Kristina after being banned by the Houston and Brown families. However, he is clearly seen pushing Bradley out the North Fulton Hospital in wheelchair on February 1. At one point he smirks before loading her up into a car reportedly driven by Max Lomas.

If the lawsuit is correct, it might slightly fit with previous claims by another mutual friend of Nick and Bobbi’s, Mason Whitaker. The pal posted a rant on Facebook claiming Bobbi was given a “bad batch” of heroin. Then, Bobbi shot up and the drowning ensued. Mason further claims Nick, Danyela, and Max didn’t call the police for nearly 20 minutes after discovering her body. However, the cherry on top of the story is the allegations that Pat Houston is paying Lomas and Bradley to pin the incident on Nick Gordon.

What do you think happened to Bobbi Kristina Brown the day of her drowning? Was heroin involved? Will the official cause of Bobbi Kristina’s death ever be found? Let us know in the comment section below.