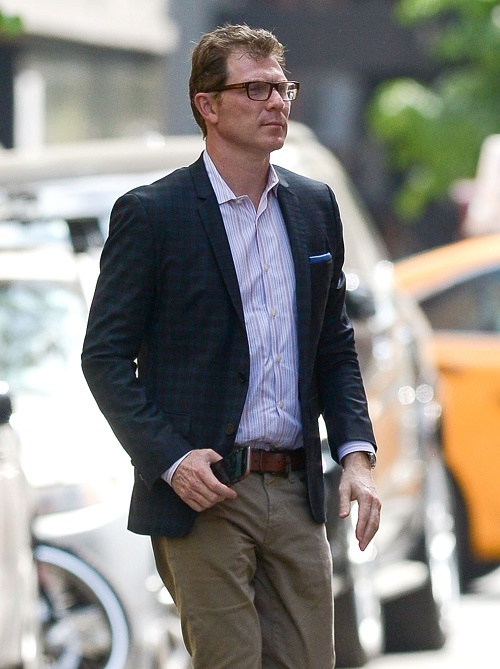 According to reports, Bobby Flay’s estranged wife, Stephanie March, is claiming that without her he would not be a successful chef – because nothing was allowed in his restaurant unless it first gained her seal of approval.

March is claiming that she tried all of Flay’s dishes and that if she did not like them, he would not use them in his restaurant, and she feels that she deserves to be paid accordingly since every plate that is served in Flay’s restaurant was hand picked by her first.

TMZ has discovered that March has gone as far as to file legal documents to set aside their prenup and alleges that it is unconscionable for the courts to enforce a prenuptial agreement that leaves her with virtually nothing, as March feels that she played an instrumental part in Flay’s success.

She goes onto say that Bobby always told her that she had “an amazing palate,” and would heavily rely on her verdict after she tasted his new recipes. Stephanie March goes on to allege that she tried a large amount of food items in their home and would give tell him yay or nay on the recipes, leading to a finished product. She specifically names Bobby’s restaurant in New York City, Bar Americain.

Here’s the irony in the situation, March claims that for Bobby’s NYC restaurant, Bolo, she was the driving force in adding tapas to the menu after a vacation to Spain, even though Bobby was against the idea. He went ahead and added them to the menu, and the restaurant became a huge success. So where’s the irony? The restaurant actually did not last and eventually closed down. We think you should have a better track record than a closed restaurant if you are going to claim you are the reason of a person’s success.

Stephanie goes on to say that she helped with the design aspect and the ambiance of all of Bobby’s restaurants.

A source tells TMZ that Bobby Flay does not agree with anything Stephanie says, and holds firm on his belief that he and his businesses are successful due to his talent in the food industry.

Bobby and Stephanie’s current prenuptial agreement grants Stephanie $5,000 a month and a $1 million buyout for their family home together.

What do you think? Does Stephanie March deserve more money or should she keep her mouth shut and move on with her life? Let us know in the comments below.