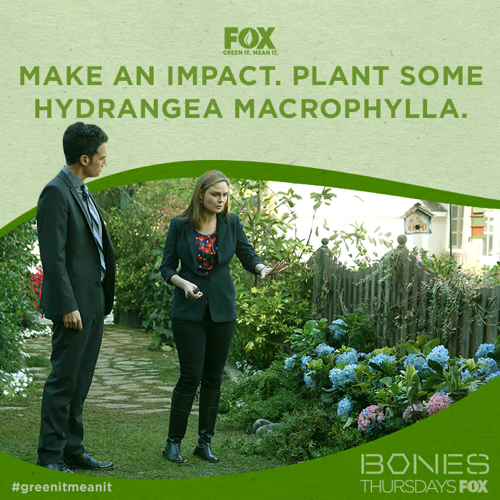 Tonight on FOX Bones returns with an all new Thursday April 2, season 10 episode 11 called, “The Teacher in the Books,” and we have your recap below. On tonight’s episode a teacher is found dead in an abandoned bookstore, and her coworkers and students are suspects. Meanwhile, “squintern” Jessica Warren [Laura Spencer] teaches Brennan [Emily Deschanel] some tricks of the Twitter trade when her publisher encourages her to embrace social media to reach more fans.

On the last episode, the Jeffersonian team, with the help of Angela’s psychic friend, Avalon Harmonia (guest star Cyndi Lauper), was drawn into the twisted world of fortune tellers when the body of a local psychic was found decomposing in the trunk of a tree. However, when the team learned more about the victim’s personal life, those closest to her became suspects. Meanwhile, Booth and Brennan debated the pros and cons of Christine’s new imaginary friend and the team remembers Sweets on his birthday. Did you watch the last episode? If you missed it, we have a full and detailed mid-season finale recap right here for you.

On tonight’s episode as per the FOX synopsis, “when an affluent school teacher is found dead in an abandoned bookstore, the teachers and students at her school become suspects in the case. Meanwhile, Brennan’s publisher encourages her to join Twitter to help grow her fan base, and “squintern” Jessica Warren (guest star Laura Spencer) teaches Brennan some tricks to master the Twitter-verse, skills Brennan enthusiastically puts to use.”

Tune in at 8PM EST on FOX to watch season 10 episode 12 of BONES. We’ll also be updating fans right here as the show airs so be sure to check back in with us. Brennan and Booth have had a long television run. Do you like that their characters mix up business with home life? Hit up the comments and tell us your thoughts about their tangled relationship!

Bones begins with two guys scavenging a building for metal. It looks like an old book shop. One spots a gold bracelet and pulls it and comes away with an arm. Bones gets a call from her publisher asking her to set up a Twitter account to interact with fans. Booth says it’s a good idea then they go to check out the body in the bookshop. Aubrey mocks the squints who talk about their love of books over ebooks and Booth asks if they want to go back to riding horses to work.

Bones says it’s a lady body in her early 20s. Hodgins says there are brown recluse spiders and the time of death was likely a week ago. Hodgins gets the spider and Bones is upset to see her book was on the clearance rack. Jessica, Angela and Camille are working on facial reconstruction. A phone chimes and Camille chides Jessica but she says it’s not her. Bones says it was her tweeting. Angela looks at the tweet and tells Bones she’s missing the point of social media.

Mia Ferrara is the victim and they go talk to her boyfriend. He was out of town on a tour as a musician and seems anguished. He had reported her missing. Caroline tells Booth to watch out for this case because the young woman was teaching in a bad neighborhood under an important program she’s involved in. He says he’s on it. Caroline says she doesn’t want word getting out that the school is dangerous.

Aubrey asks if the character in Bones’ book is based on him then asks why his character took so long to shag Bones’ character. Bones and Aubrey show up to the school where some students are rolling a teacher’s smart car around. Shane says the kids may be high spirited but says they’re not killers just because they’re poor. He takes them to Mia’s class room. Principal Franklin is waiting. Booth sees a note about MM – they tell him it’s Marsalis Miller one of Mia’s bright stars.

Keith, Marsalis’s brother comes in to talk to the Feds. Marsalis asks if Mia’s dead. He says the 187 bitch note he wrote was to another kid he got mad at it. Marsalis says Mia was trying to help him and says she would help him get into college. Keith is hostile and then tells his brother to tell them what they need. He says he met Mia Friday after school for help but she said no so he went on home. Hodgins found styrofoam on Mia’s shoes and cafeteria preservatives.

He also found lividity and she was stored vertically after death. Caroline delivers criminal records of anyone associated with the school. Aubrey says he doesn’t think Mia left campus since she had no cell or credit card activity after 4. Booth and Bones talk about the difference between school when they were kids and now. Bones says she’s up to 10 Twitter followers. He says she needs a lot more. He advises her to talk to Jessica. She gives Bones some tips then posts a selfie of them.

Jessica points out some breaks on her skull. Bones recognizes it as a prong from the top of a locker. Bones is thrilled to get a lot more followers from the selfie. They head to the school with a cadaver dog and find blood inside it. A janitor goes to run when the dog barks at him but Booth flashes his badge an tells him to stay put.

Aubrey sits down with the janitor Steven Brady who lied about his name when he got the job at the school plus he has a record. He says Mia would catch kids doing drugs but would take them away and punish the kids instead of calling the cops. Aubrey says there was blood on his cart but Steven says anyone could get to it. He says Mia was kind to him and believed in him. Jessica tells Bones she’s up to more than 1,000 followers. She shows her some spinal damage on Mia’s bones.

They narrow down cause of death and take a selfie to celebrate. Caroline finds Aubrey looking at Bones’ twitter account. He says he was also looking at Mia’s twitter account and says she followed mostly students. Mia’s last tweet says she was heartbroken over finding out someone wasn’t what she thought. Angela says Mia seemed to be obsessed with running statistics on students and says the browser history was cleared every day at a certain time.

Angela dug in and found out that BF Hunter was cheating on her with multiple women and was in town when she died. He was also seen at the school looking for Mia. Hunter says he was with another girl at a bar and gives them her number. He dials it and it’s a “get lost” hotline. Booth tells him that’s not a good alibi. Jessica found evidence of a healed cut from five weeks before death. Booth tells Caroline about the 28 stitches Mia got from a knife wound a few weeks ago.

The clinic was near Keith and Marsalis’s house. Keith has a record of crimes with a knife and Booth brings him in. Angela and Jessica work on reconstructing the blade and Angela tells Jessica she needs to stop tweeting and getting Bones worked up about getting more followers. Booth tells Keith they found blood on his knife and it’s Mia’s blood type. Keith says his brother was skipping school to help earn money and he didn’t realize he had a job.

Mia came by and then Marsalis came clean. Mia thought Keith made him get a job. He says she grabbed the blade, cut herself and said she was going to get him arrested if he didn’t let Marsalis come back to school. Keith says Marsalis hasn’t messed a day since. Marsalis talks to Aubrey and says Keith didn’t do it. He says Keith is protecting him and that his brother was out stealing some groceries so he wouldn’t go hungry. Aubrey says this conversation never happened and no charges will be filed.

Bones and Jessica spot breaks to the kneecaps and back and that gives Bones some insight. Rigor set in while she was hanging up so they had to break her to fit her into something. They see it was a seated position and wonder if the car was too small to have a trunk. Shane drives a small car. Booth brings Shane in and says they found the tests had too many erasure marks and all from his eraser. He killed fellow teacher Mia when she caught him cheating.

Shane says no one wants to teach at a school like that and he had an interview for a better job but she was going to expose his cheating. He says those kids will never amount to anything. Caroline takes Marsalis and Keith out to dinner. Caroline says she’s taking over as his tutor and tells Keith he’s going to get his GED too. She tells them both they better not let her down.

Bones shows Booth she’s tweeting about Caroline’s teaching program and is up to 3,000 followers. She says she’s mastering emoticons and that scares Booth. Bones takes a pic of the dinner he cooked and tags it #BestHusbandEver. He wants her to take a photo of him to tweet but she declines.