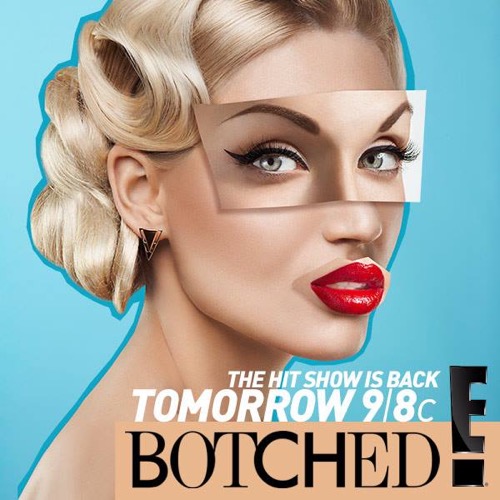 Botched continues with an all new Tuesday, October 6 season 2 episode 12 called, “Double Trouble.” We’ve got your recap down below! On tonight’s episode, Part 1 of 2 Paul follows a hunch when he orders more tests for a woman with a severely botched nose, which leads to a shocking discovery.

On the last episode the doctors helped a former actress who lost her breasts to a flesh-eating disease; Dr. Dubrow gave hope to a spiritual woman who had a butt on her belly; and Dr. Nassif tried to remove a thumbprint left on a man’s nose by another surgeon. Did you watch the episode? If you missed it we have a full and detailed recap, right here for you.

On tonight’s episode as  per the E! synopsis “part 1 of 2. Paul follows a hunch when he orders more tests for a woman with a severely botched nose, which leads to a shocking discovery. Also: The doctors work in tandem to return two “bunnies” to centerfold shape.”

Karissa and Kristina Shannon are twins. And more than that they were Playboy Twins. They each covered the magazine and they once dated Hugh Heffner at the same time.

But the reason they came to Terry and Paul is because these twins used to be identical. Then they had undergone surgery and unfortunately neither of them when to stop nor for that matter did they look into changing doctors until it was too late. Thus both of the twins ended up botched and now they want to fix it.

Their breast implants have each developed scarring around the breast. So that had made the breast harden over time and another thing they want to fix is their noses. The girls had gotten that done as well and yet the doctor gave them the pinch look. Meaning he made their noses so small that it was actually harder on them to breathe.

So after hearing about what the ladies have experienced, the doctors took a look for themselves and they came up with a surgical plan. Paul was going to take bones from their ribs and he was going to use that to restructure their noses. And Terry was going to give them smaller implants as well as shrinking down their areoles. But only one of the twins (Karissa) required a breast lift.

And so the ladies decided to do their surgery right away.

First up was Karissa. Paul took one of her rib bones and then allowed Terry a go. So after Terry finished redoing her breast, Paul came back in and began working on Karissa’s nose. And then it just got easier with Kristina because Terry didn’t need as much time giving her smaller implants. Which meant Paul got to go in earlier.

However, surgery is rarely the hard part. It’s the recovery stage that usually gets to the patients because for some reason they want to fight their doctors on what they’re supposed to do. And that’s what the twins did following their surgery.

But do you know who was a good patient? Luci! Luci’s face had hit a cobblestone wall after a horrible accident and so her entire face required medical attention. Though the doctor that Luci had gone to for her nose job kept feeding her falsehoods. He went in and did surgery but when her nose didn’t appear to be healing – he kept repeating to her that all she needed was some time.

Well, she had time and her nose never improved. So Luci went to Paul and Terry and the guys were definitely concerned about the clear fluid she was talking about. Luci said that whenever she bends down, clear fluid just runs down her nose.

And that might be because she’s leaking fluids from her brain.

So Paul ordered a CT Scan and unfortunately he found two brain aneurysms. Finding those things meant Paul couldn’t operate on Luci but he also saved her life. Brain aneurysms are life-threatening. And the earlier the doctors catch them the better.

There are only two ways to fix such a condition and either way its brain surgery. So Paul recommended her to a doctor he knows at Harvard. And he asked Luci to take care of her condition right away. Though there was a part of her that was devastated to find out she couldn’t have a new nose.

Still, she went ahead with the brain surgery and Luci said she will come back to fix her nose eventually.

So, despite the fact she didn’t actually get her surgery, Luci was still the better patient because she listened to her doctors. While the twins ended up doing something stupid by taking too much pain meds even as they continued to drink.

Percocet should not be mixed with alcohol. And common sense should have told the girls that. Yet Paul and Terry had to make them promise and even then one of the twins snapped at Paul. So Paul wasn’t happy with them and he did make sure they apologized on their last visit.

But, as for the twins, they realized they needed to grow up some more and they called their time with Paul and Terry a learning experience.

They came to love their new looks and now that they’re identical again they’re ready to get back to their careers.