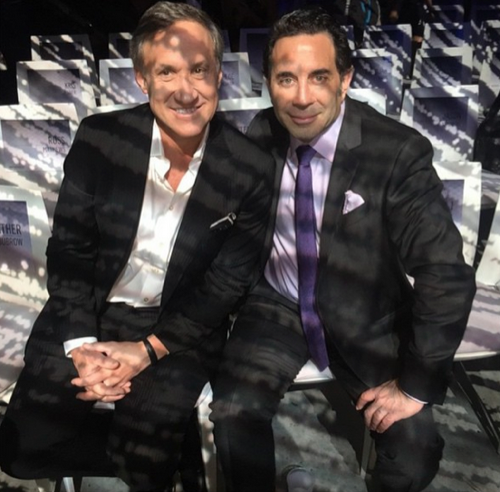 Botched continues with an all new Sunday, June 28 season 2 episode 11 called, “Attack of the 3,000cc Implants,” and we have your recap below! On tonight’s episode, Dr. Dubrow takes on the biggest breast case of his career, while Dr. Nassif tackles a soldier’s botched nose.

On the last episode a bodybuilder with no pecs received pumping up from Dr. Dubrow; and a former Miss India who wanted to perfect her pig nose turned to Dr. Nassif for help. Also: The docs sat down for a heart-to-heart chat with a woman who’s obsessed with body modification. Did you watch the episode? If you missed it we have a full and detailed recap, right here for you.

On tonight’s episode per the E! synopsis “Dr. Dubrow takes on the biggest breast case of his career, while Dr. Nassif tackles a soldier’s botched nose. Also: Both doctors meet with a man whose life goal is to look like a superhero.”

Terry is about to handle the toughest case of his career. If he fails at this then his career might unfortunately have to go down with the ship.

Dee has something called “Bowling Ball Boobs”. After growing up flat-chested, Dee decided to do her first boob job for work. It seems she was dancer back in the day and a bigger chest always led to the bigger tips. And so at first that’s what led her in going ahead with getting 500 CCs.

A vast improvement on what used to be her A cup.

However, she was soon followed by others with bigger breasts at her club. So in order to compete with these ladies she then went ahead and got 1300CCs. Nearly tripling her size.

And, well, at a certain point she was perfectly fine with her size and she was getting numerous offers. Later appearing in magazine all across the country. But once again Dee felt like she could do bigger, ultimately hitting 3000CCs proved to be her downfall.

Not long after her chest had gained its own notoriety, Dee suffered an accident. One of her boobs had deflated and it had let the other to be basically supported on its own. Which by the way can be extremely painful.

But Dee has faced numerous opposition in getting this problem of hers fixed.

No doctor wants to touch her and the ones that have at least looked at her say it’s nearly impossible to fix her. Including Terry. Terry knew the case was going to be hard before Dee had even walked into his office but he also knew that he had to help this woman to the best of his abilities.

She wasn’t living a normal life and on top of it she was in pain. So Terry came up with a plan on how to fix her botched boob job. And, as it turns out, that plan of his had to be immediately thrown out the window the moment he got a look inside.

Meanwhile, Paul tried to fix a man named Josh’s crooked nose that apparently has been broken over a dozen times.

Paul’s patient is a vet. He’s recently back from his last overseas tour and now he wants to fix his nose. It looks like he injured it countless times while he was younger but the latest incident happened not that long ago when he took a punch directly to the face.

And, after that happened, he then attempted to fix nose by seeing a doctor before he was deployed again. Yet none of what the doctor promised ended up coming to pass. He still can’t breathe properly through his nostrils and his nose is still not symmetrical.

Josh went to Paul hoping he could fix what the other doctor couldn’t but Paul was actually afraid of running into the same issue.

Technically, the nose’s current condition might not have been the previous doctor’s fault. Paul said he himself could run into too much cartilage issue during and if so that could very well undo everything he’ll do. Including a straightening out Josh’s nose that could later veer off to side at a later date.

As for Dee, Terry knew he could run into problems with giving his patient a new boob job after that first surgery.

Dee’s skin needed to retract and heal prior to going back in. So, once some time had passed, Terry went returned to give Dee her implant as well as do a breast lift. But he had to constantly worry about her nipple.

It seems that the surgery carried the risk of the areola going completely dead and Terry couldn’t let his patient carry around dead skin. So forming a plan in surgery, Terry then did his best to save his patient’s breast.

Though neither Terry nor Paul could help their last patient Herbert. Herbert has had 23 surgeries in his life in order to look like Superman. Or at most his version of Superman. However most of his surgeries required illegal chemicals that could only be allowed in the Philippines.

Despite it being possible for them to give Herbert what he wanted (a permanent six pack) – the doctors couldn’t operate on someone that was essentially a pin cushion for every illegal fat burning drug he can get his hands on.

Paul and Terry are used to dealing with high-risk patients but Herbert would have been too much. Paul stayed with fixing his patient’s nose and following that up with a severe warning about potentially dangerous sports. And Terry kind of did the impossible.

With all of her surgeries out of her way, Dee looked like a whole new person. And she was just so grateful for what the doctors did for her that she couldn’t help hugging them afterwards.

And her son was happy that his mom was healthy and happy.