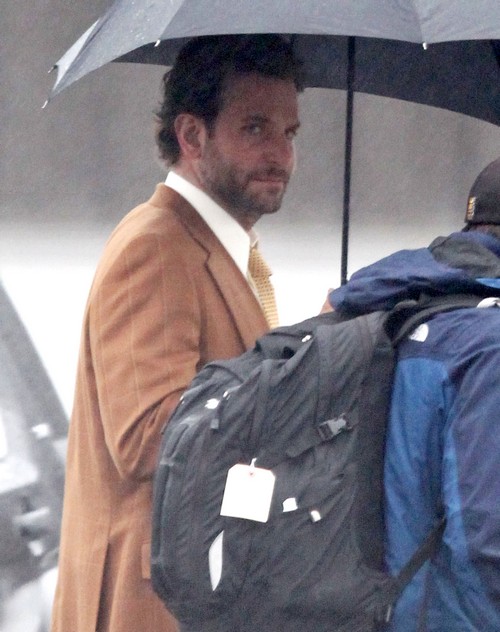 Are Bradley Cooper and Irina Shayk dating? After the last few weeks, you can’t blame us for assuming that they are dating, especially with all the reports filtering in about their supposed hookups. And now, the latest report from Page Six claims that even though Bradley Cooper and Irina Shayk were trying to keep a ‘low profile’ during the MET Gala on Monday night, the couple was spotted making out at Rihanna’s after party a few hours later.

Bradley and Irina were first spotted on a Broadway date last month, but sources quickly dismissed a budding romance by suggesting that they were just friends hanging out.

However, they were then both spotted at the White House Correspondent’s dinner, which is a little harder to move past – it’s a massive event with heaps and heaps of publicity, and not exactly the type of place you’d be spotted at together if you were trying to avoid the media.

And even though Bradley Cooper and Irina Shayk arrived and left the actual MET Gala separately, the mere fact that they didn’t have any compunctions about making out at a crowded afterparty shows that they’re – at least – comfortable with each other, if nothing else. The source explains that initially, Bradley and Irina were just hanging out with friends and dancing and as the night went on, they ‘slipped downstairs into the karaoke room, where they were making out . . . they were very close all night.’

So basically, it seems like they’re hooking up and maybe possibly dating, but nothing ‘official’ – yet. That doesn’t mean that they won’t end up dating in the future, just that they’re keeping things casual and off the media’s radar right now.

What do you guys think about Bradley Cooper and Irina Shayk making out and hooking up at Rihanna’s MET Gala afterparty? Let us know your thoughts in the comments below.