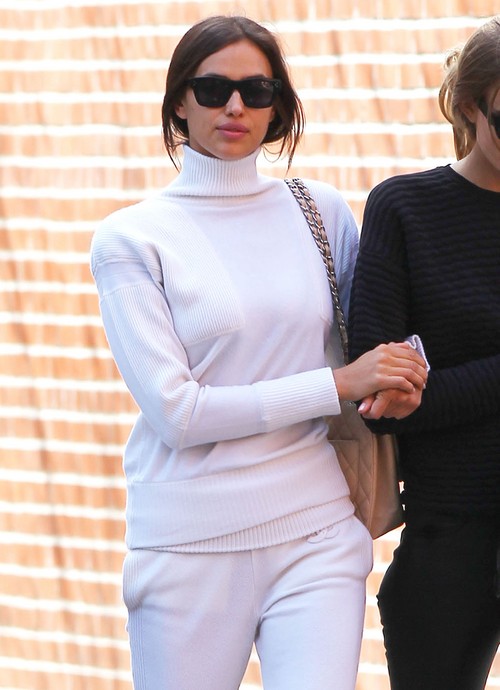 Irina Shayk recently broke up with Cristiano Ronaldo, one of the most famous men on the planet. However, her rebound is no slouch in the fame or looks department, since rumor has it she’s now dating Bradley Cooper. As we know, Bradley Cooper also recently went through his own breakup, from model Suki Waterhouse.

Sources tell Page Six that Bradley Cooper and Irina Shayk are just friends right now, and that they’ve been hanging out for a few days after being introduced through mutual friends. As the source states, “[It is] a friendly relationship — for the time being.”

Of course, they are clearly both serving as rebounds for each other, so don’t expect this ‘relationship’ to last. Hollywood will freak out about them being a couple because of their celebrity status and their high-profile tabloid presence, but Irina Shayk just got out of a long relationship with Cristiano Ronaldo and Bradley Cooper got out of a long relationship with Suki Waterhouse. I doubt either one of them is looking for anything serious, which means that this is the perfect opportunity for them to goof off without committing to anything.

What do you guys think about Irina Shayk and Bradley Cooper becoming the latest Hollywood couple? Do you think that their ‘relationship’ will ever move past hooking up/hanging out? Let us know your thoughts in the comments below.

Model Irina Shayk, her mother and her friend out shopping in New York City, New York on April 19, 2015. Irina walked arm in arm with her friend as they made their way down the street. FameFlynet