Bradley Cooper Shuts Down Jennifer Lawrence Dating Rumors Once And For All: Confirms They’ll Never Have Sex! 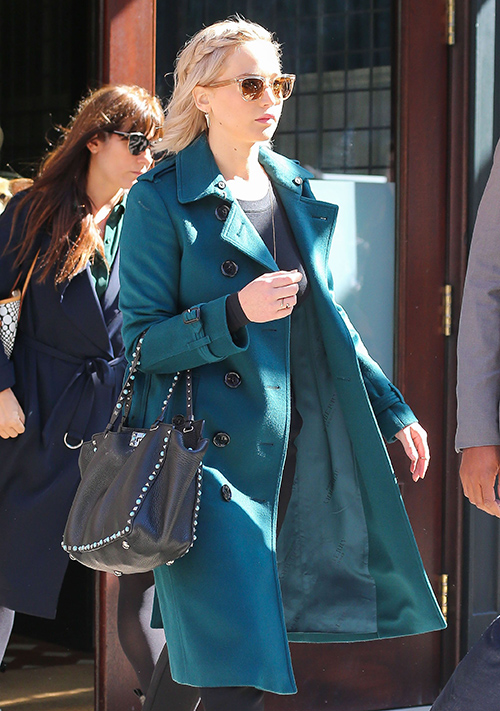 Bradley Cooper and Jennifer Lawrence dating rumors have been floating around for years. The two co-stars have been featured on more tabloid covers than we care to count, and at one point Brad was even photographed leaving a hotel with J-Law. Sadly, Bradley Cooper finally set the record straight in an interview with Howard Stern and declared that he has never nor will he ever have sex with Jennifer Lawrence.

Cooper and Lawrence have starred in several movies together, including the one that seems to have launched all of the hook-up rumors, “The Silver Linings Playbook.” Some reports even claimed that Suki Waterhouse and Cooper’s break-up was a result of Cooper cheating on the model with his “Silver Linings Playbook” co-star.

Despite the fact that Cooper and Lawrence are hardly ever single at the same time – the dating rumors just don’t seem to want to go away. Cooper sat down for an interview with Howard Stern on Wednesday, October 21st, and of course his relationship with Jennifer came up as a topic of conversation.

Bradley Cooper dished to Howard Stern, “It just didn’t happen. That’s not the way we are together.” He went on to reiterate that sex just wasn’t on the tables for them. He joked that in the past he had told the press that J-Law was too young for him, but that kind of backfired because his girlfriend Suki was the same age as her.

Honestly, we’re kind of sad – Bradley Cooper and Jennifer Lawrence have amazing chemistry, we have saw it in their movies together. Yet, they keep winding up with different people. But, considering their relationship track records, maybe they should consider dating and “being like that together.”

What do you guys think? Do you believe Bradley? Should he and Jennifer give each other a shot the next time they are both single? Share your thoughts in the comments below!