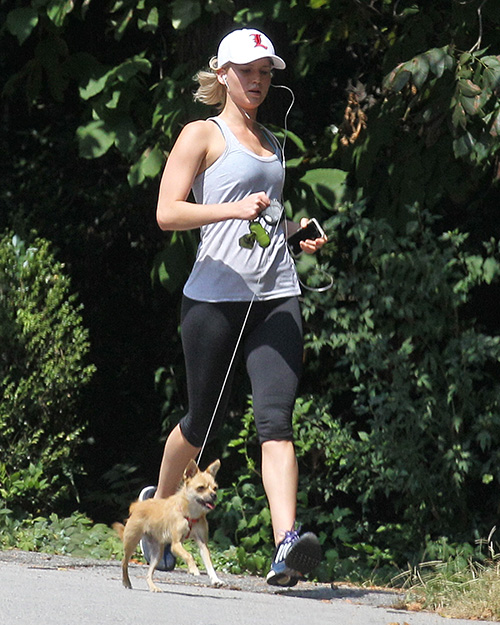 Jennifer Lawrence and Chris Martin’s split in August 2015 for the umpteenth time, but it looks like they won’t be getting back together this time. The Hunger Games actress has reportedly moved on and is spending time with her co-star Liam Hemsworth. This isn’t the first time that Jennifer Lawrence and Liam Hemsworth dating rumors have popped up, but it looks like this time around there could be some truth to them!

Although reports claim that Liam Hemsworth has been seeing Maika Monroe, Jennifer Lawrence seems unfazed by the competition. An insider reveals to OK! Magazine that J-Law has been blowing up Liam’s phone, and she and her Hunger Games co-star have been in constant contact with each other since her breakup from Chris Martin. The source explained, “Lots of people were convinced they would wind up together, and they still could! Jen has been calling Liam all the time, especially at night.”

Jennifer Lawrence and Liam Hemsworth have spent a ton of quality time together while working on the sets of The Hunger Games over the course of the past four years, but one of them was always in a serious relationship (ie: Miley Cyrus, Nicholas Hoult, and Chris Martin). The Hunger Games fans have been rooting for the two actors to wind up together, and they might finally be getting their wish granted. But is J-Law really that interested in Liam Hemsworth, or is she just trying to make her ex-boyfriend Chris Martin jealous? Chris has been linked to various women since their break-up, maybe Jennifer Lawrence is just trying to level the playing field.

What do you guys think? Do J-Law and Liam Hemsworth make a cute couple, could they wind up dating for real this time? How will Chris Martin react to Jen and Liam hooking up? Let us know what you think in the comments below!