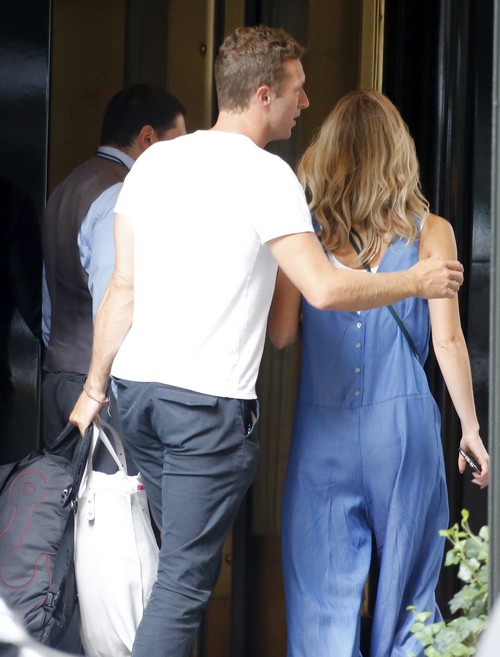 Chris Martin and Jennifer Lawrence have broken up … again. The Hunger Games actress and Coldplay frontman have been dating off and on for months – although neither of them will ever comment on the status of their relationship. According to sources, the break-up was amicable and simply because of logistics and work schedules. But, we’re not buying it.

Was Chris Martin cheating on Jennifer Lawrence? Well, the evidence is surely mounting against him. We don’t condone cheating, but in Martin’s defense – this is the first chance he has had to be out from under Gwyneth Paltrow’s thumb in nearly a decade. After years of being married to Gwyn, followed by two years of being “consciously uncoupled” with his estranged control freak wife, their divorce was officially finalized in April 2015. And, that’s when Chris started to have a tough time being faithful to Jen. It looks like the rocker is just trying to enjoy his freedom from Gwyn after all these years, diving in to another relationship with Jennifer Lawrence certainly wasn’t helping.

Do you think Chris and Jen broke up because he was cheating with other girls and trying to be a free agent after years of being tied down by Gwyn? Or was it really just because of his busy work schedule? Let us know what you think in the comments below!

Chris Martin and actress Annabelle Wallis arrive together at The Carlyle Hotel in New York City, New York on August 20, 2015. Could this outing mean that Chris’s relationship with actress Jennifer Lawrence is finally over? FameFlynet