Chris Martin, Jennifer Lawrence Back Together After Cheating Scandal, Spotted On Date Night! 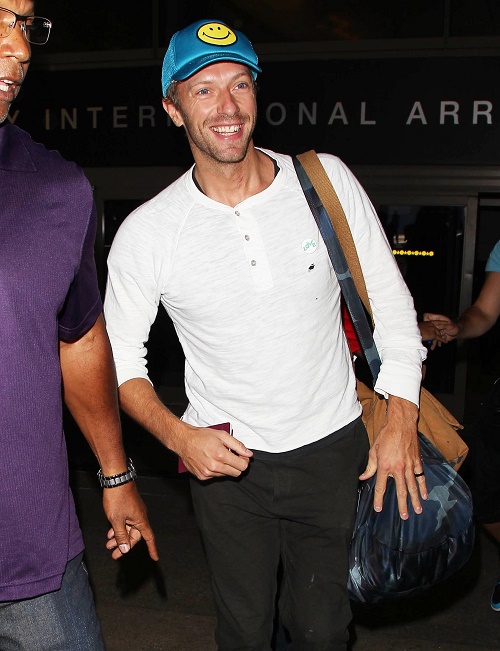 Chris Martin and Jennifer Lawrence’s breakup has barely been official for a week, but the couple is reportedly back together (again). Seriously, the only thing more confusing than Chris Martin and Gwyneth Paltrow consciously uncoupling is Chris Martin’s relationship with Jennifer Lawrence. Chris was photographed canoodling with Kylie Minogue in Europe while J-Law was busy on the X-Men set getting reacquainted with her ex Nicholas Hoult – and their relationship was as good as over. Or so we thought.

According to a new report from People Magazine, Jennifer Lawrence and Chris Martin are back together! Apparently, nothing can keep J-Law and Chris apart – not Kylie Minogue, not different time zones, not Chris’s ex-wife Gwyn, and not even the super dreamy Nicholas Hoult. Honestly, at this point, we aren’t even sure what number breakup and makeup this is for the complicated couple, but regardless, they are back together and just as happy as ever.

An insider dished to People Magazine that Jennifer and Chris spent the 4th of July weekend together, and they were spotted out and about and clearly on a date. People Magazine’s source explained, “They were walking arm in arm, in a hurry it seemed. It looked like they were dressed for date night.” Yes, we are just as confused as you are now about their complicated relationship. Are they in an open relationship? Are they cool with each other hanging out with Kylie Minogue and Nicholas Hoult? Seriously, someone please make some sense of this for us!

Rumors were floating around that Jennifer Lawrence and Chris Martin were getting serious, and the Hunger Games star was even moving in with the Coldplay rocker. Those rumors seem pretty far-fetched at the moment, seeing as how they can’t go a month without breaking up and getting back together. Do you think that J-Law and Chris will last? Or is it just a matter of time before they break up again? Let us know what you think in the comments below!