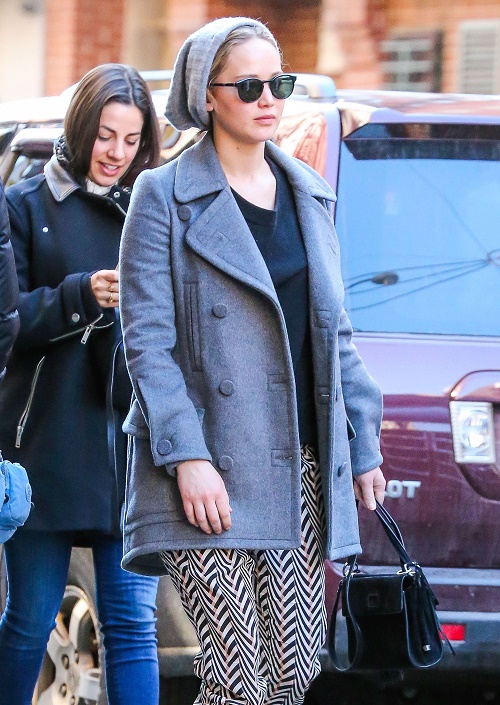 Jennifer Lawrence is currently dating Chris Martin and rumored to be moving in with the recently divorced musician, but her ex-boyfriend, Nicholas Hoult, isn’t ready to let her go that easily. Apparently, Nicholas Hoult has been trying desperately to win back J-Law while they are working together on the set of her new movie X-Men: Apocalypse in Canada, but Chris Martin has been popping up to check in with his girlfriend and make sure that doesn’t happen.

The June 15 edition of Star Magazine reveals, “Nick is determined to win her back. He is hoping that during filming he can in her heart again. But, Nick’s competition – fellow English countryman and Jen’s current boyfriend Chris Martin is making regular visits to the set and quite an impression on Jen. She’s really into Chris.”

Nicholas Hoult and Jennifer Lawrence broke up 7 months ago, and she began dating Gwyneth Paltrow’s ex Chris Martin soon after. But Jen and Nick have quite the history together – and before their break-up they were dating for over 3 years. Jennifer may be smitten with Chris Martin right now, but her history with Nicholas Hoult could wind up beating out her new romance. Rumors have already been popping up claiming that Jennifer was growing bored with Chris because of their age difference. Martin was reportedly trying to turn her in to a homebody, and J-Law missed hanging out with the younger crowd, like when she used to party with her ex Hoult.

At this point, it is really anyone’s guess as to who will win the battle over Jennifer Lawrence, Chris or Nicholas. Which guy do you think is a better fit for the Hunger Games actress? Is she ready to settle down with a divorced dad, or does she miss the young and carefree life she shared with Hoult? Let us know what you think in the comments below!