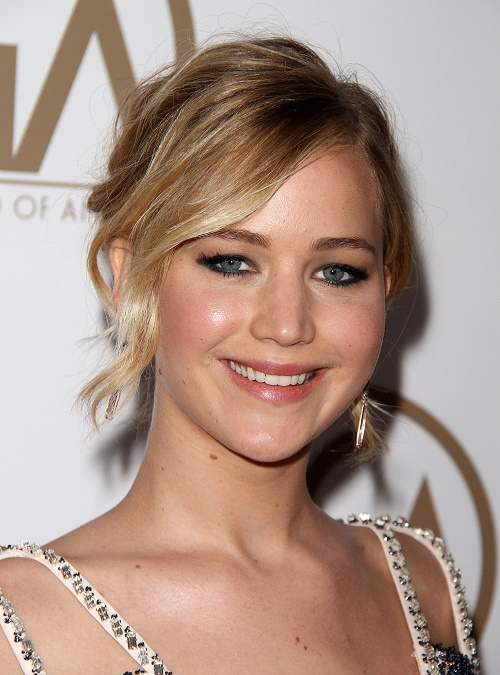 Has Jennifer Lawrence been calling her ex-boyfriend, Nicholas Hoult, in an effort to make Chris Martin jealous and divorce Gwyneth Paltrow? There is never a dull day in Jennifer Lawrence’s romantic life, that’s for sure. The Hunger Games actress has been dating Gwyneth Paltrow’s husband for several months now; however, she also has been rumored to be hooking up with co-star Liam Hemsworth off and on during the course of her and Chris Martin’s courtship. The fact that Chris Martin is still legally married to Gwyneth Paltrow has been a controversial topic in the media, and apparently a pretty heated conversation topic for Jennifer and Chris as well.

J-Law seems to be sending Chris a pretty clear message – as long as he is still married to Gwyneth Paltrow, then Jennifer is free to date other people as well…which is why she is still in contact with her old boyfriend Nicholas Hoult. According to the February 9th edition of OK! Magazine, “Jen reaches out to Nicholas Hoult all of the time for advice and emotional support.” A “friend” of Jennifer’s explained to the magazine, “If Chris can keep in touch with Gwyneth Paltrow then why can’t she lean on Nick? She’s hedging her bets and playing a bit of a game. She realizes there are no guarantees and wants to keep Nick in the picture.”

It sounds like Jennifer Lawrence is using the old tried and true method – the best way to force your boyfriend to commit is to show him that other men are more than willing to do so. Jennifer and Nicholas Hoult were together for three years before they officially broke up in 2014, it seems almost cruel to keep leading him on and giving him any reasons to think they may be getting back together just to prove a point to Chris Martin. But, then again, Nicholas seems to keep falling for it hook-line-and sinker, so perhaps it’s his own fault for not figuring out what is going on by now.