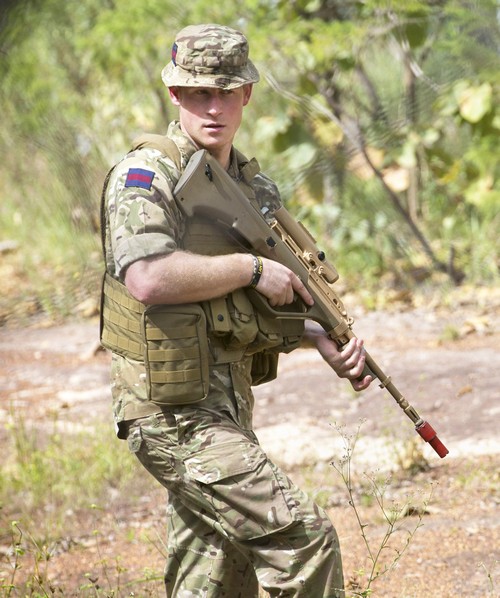 Prince Harry wanted to date Jennifer Lawrence according to a new report but JLaw said no – guess she prefers Chris Martin. Jennifer Lawrence can land pretty much any guy in the universe she wants, but can she land a prince? Well, recent reports are claiming that not only can JLaw land a prince, but she can also reject a prince.

The magazine’s source explains, “Harry made his aide invite her out to dinner and coupled it with an invite for her to see Kensington Palace.”

And why, exactly, did Jennifer turn down Prince Harry’s offer? It’s because she’s still with Chris Martin, of course! Jennifer Lawrence and Chris Martin are reportedly still dating, despite rumors claiming that Chris had started hooking up with Kate Hudson. In fact, there were eyewitnesses to a romantic date between Chris and Jennifer earlier this month, and they stated, “Jennifer arrived first and waited in her car for a bit, then went to the table and sat with her bodyguard until Chris arrived. Their table faced the courtyard, and people ran outside to take pictures of them, but the bodyguard put a stop to that.”

Well, Prince Harry > Chris Martin any day of the week, and you’d think that Jennifer Lawrence would agree to that, being a young girl herself and all. But perhaps dating a rock star holds more appeal than dating a prince… for now. I wouldn’t be surprised if Prince Harry tried again after Jennifer and Chris break up [because let’s be real, they WILL break up], but it’s surprising to hear that Harry even attempted dating Jennifer when he knew that she was in a relationship with someone else. Perhaps Harry’s just not used to the idea of rejection, eh?

What do you guys think? Will Prince Harry and Jennifer Lawrence ever end up going on a date, or even dating, perhaps? Let us know your thoughts in the comments below.