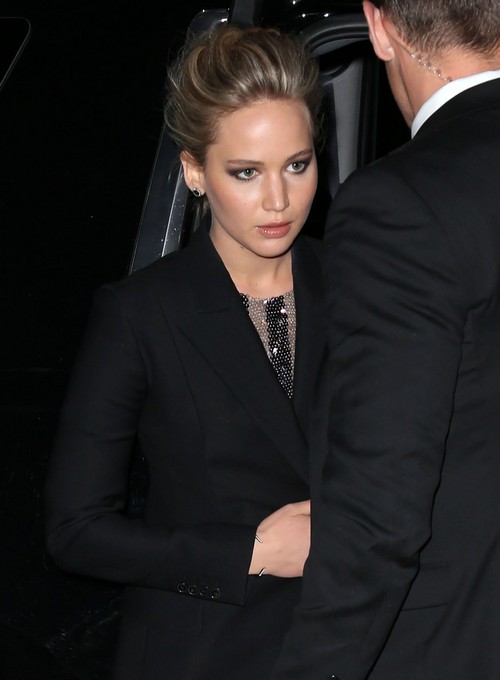 Could Gwyneth Paltrow actually be petty enough to set up a relationship between Kate Hudson and Chris Martin, all in an effort to spite Jennifer Lawrence? We already know that Gwyneth Paltrow and Chris Martin were in an open marriage well before their divorce, so obviously Gwyneth doesn’t care that he’s seeing other people. I mean, she’s also seeing other people and she’s in an arguably more stable relationship than he is.

However, Gwyneth did go out of her way to sabotage Chris’ relationship with Jennifer, and that was clear from the get-go. And now, we’re hearing that Chris Martin is dating Kate Hudson, who just HAPPENS to be one of Gwyneth’s close friends. Coincidence? I think not.

See, Gwyneth doesn’t care that Chris Martin is seeing other women, but I guarantee you, it bothered the living daylights out of her that he was seeing Jennifer Lawrence. Why? Simply because Jennifer Lawrence was a bigger star than her, and Gwyneth couldn’t handle that. She wanted to ‘win’ the breakup, and that means that Chris date some low level film star – not the biggest female celebrity on the planet right now, with a career that Gwyneth can only dream of.

What do you guys think? Do you think Gwyneth could and would go to the trouble of setting Chris Martin up with Kate Hudson, all in an effort to spite Jennifer Lawrence and make sure she doesn’t get back with Chris? I mean, it’s not like Chris Martin and Jennifer Lawrence would have lasted, so Gwyneth really could have waited it out, but she didn’t. That was probably more due to her ego than anything else, since she could barely stand Chris and Jennifer dating in the first place.

Let us know your thoughts in the comments below, and let us know if you have any more thoughts on the now Gwyneth Paltrow/Jennifer Lawrence/Chris Martin/Kate Hudson quadrangle…