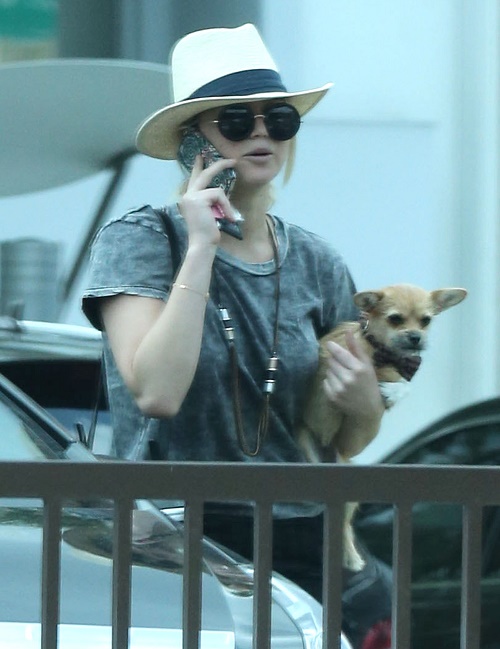 Chris Martin and Jennifer Lawrence are moving in together – are there wedding bells in their future? Chris and J-Law have been dating for months now, even though Martin was still technically married to Gwyneth Paltrow. Over the course of the last few months things got rocky between Chris and Jennifer, because she was tired of his “conscious uncoupling” with Gwyn. Who wants to date a married man? But, now that Chris and Gwyn are officially divorced, as of April 2015, Chris and Jennifer are moving full-steam ahead with their relationship.

According to multiple reports, Jennifer Lawrence and Chris Martin are moving in with each other over the course of the next few weeks. An inside source dished to Naughty Gossip about the couple’s big move: “Jen and Chris are very much interested in living together because it would provide them with more opportunities to see each other. They both have crazy busy work schedules – and they want to be able to come home to each other.”

While we totally understand why Jennifer and Chris would want to be closer, we can’t ignore the timing. In April 2015, when Chris and Gwyn filed their divorce papers, rumors started popping up that he and Jennifer Lawrence were getting married now that his marriage to Gwyn was officially over. As a matter of fact, according to the internet, the reason that Chris forced Gwyn to finalize their divorce was solely so that he could propose to the Hunger Games actress. The fact that they are now moving in together just adds fuel to the theory that they are indeed planning a wedding.

Do you think that Jennifer and Chris could already secretly be engaged – did Chris pop the question and not bother to tell us? Will the couple’s relationship flourish or fail once they are living under the same roof? Let us know what you think in the comments below!