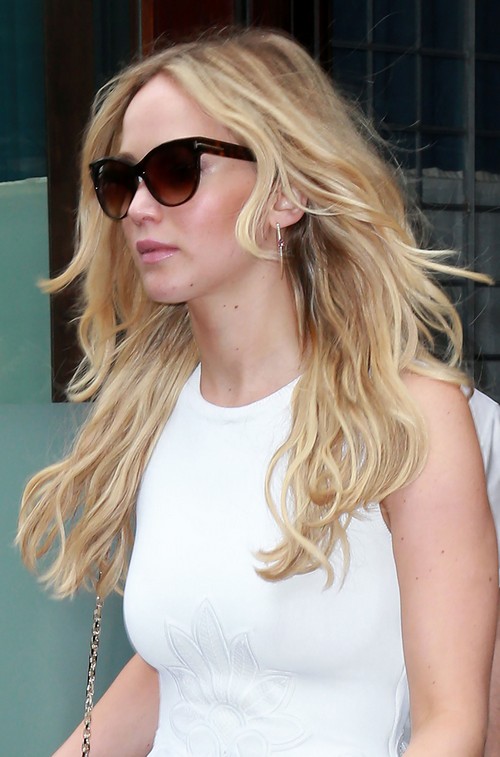 Chris Martin and Jennifer Lawrence split and are over, and it can’t be a coincidence that just a few days before their break-up Chris was photographed walking arm in arm in the wee hours of the morning with fellow musician Kylie Minogue in London. Chris and J-Law are a relatively private couple, but the few times they were recently spotted out their relationship seemed stronger than ever since Chris filed for divorce from Gwyneth Paltrow. However, it looks like Chris’s relationship and possible cheating with Kylie was the ultimate demise for his and J-Law’s relationship.

On June 21 Chris Martin and Kylie Minogue were photographed taking a romantic walk in the park in London after Kylie’s concert, at 1;30 in the morning! Meanwhile, Jennifer Lawrence was busy in Montreal filming the new X-Men: Apocalypse movie, but it didn’t take long until someone on set showed her the pictures, which were plastered all over the internet in record time. According to Star Magazine’s insiders, Jennifer began “freaking out,” when she saw them.

So, was Chris cheating on Jennifer Lawrence with Kylie Minogue? Although both celebs vehemently deny any romantic relationship, no one is buying it. Star Magazine’s sources dish that they were acting very much like a couple at her concert at Hyde Park. A witness revealed, “Backstage at Hyde Park Chris kept telling Kylie how gorgeous she looked. She pretty much ignored everyone but him. They have always denied anything between them, but their actions tell a different story.”

Chris Martin has reportedly always had a crush on Kylie Minogue, but for the past five years she has been in a relationship with Andres Velencoso. Kylie and Andres recently broke up, so it makes sense that Chris is finally making his movie – the only problem is that he apparently forgot that he technically has a girlfriend back in the United States. Don’t get too bummed for J-Law though, the Hunger Games actress has been reportedly getting very close to her ex Nicholas Hoult on the X-Men set, so she may not even miss Chris!

Do you think that Chris Martin cheated on Jennifer Lawrence with Kylie Minogue? Could J-Law and Chris still get back together, or are they done for good this time? What poor J-Law doesn’t seem to get is that Chris and Gwyneth Paltrow were in an open marriage for years – and Chris isn’t going back to the boring monogamous lifestyle for Jennifer Lawrence.