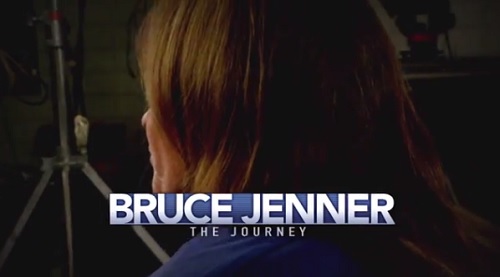 Bruce Jenner has been slowly transforming into a woman for several months now – and on April 24 the Keeping Up With The Kardashians star will sit down with Diane Sawyer for a tell-all interview and is expected to confirm on national television that he is transgender. Everyone is eagerly awaiting Bruce Jenner’s tell-all transgender interview, except for his ex-wife,Kris, who is dreading the day that Bruce and Diane’s chat goes public because the KUWTK star fears her ex-husband will expose her for the monster she really is.

The April 27 edition of Star Magazine reveals that Kris Jenner knew that Bruce wanted to be a woman and enjoyed putting on women’s clothing for years – but she harassed him about it and forced him to keep it a secret because she was afraid he would damage the Kardashian brand. An insider dished to Star that his marriage, or sham of a marriage, to Kris Jenner will be just one of many controversial topics Bruce will discuss during his sit down with Diane Sawyer. Bruce will reportedly address his gender reassignment surgery, and his sexual orientation, during the sit-down.

The magazine’s inside source revealed, “Now that he has unburdened himself to Diane, Bruce is considering have the surgery in late Spring. Obviously, having his genitals removed will mean there is no going back for Bruce, the seriousness isn’t lost on him. Bruce will consider himself to be a lesbian because he is a woman who will be attracted to other women. This is not an issue he has ever had any confusion with.”

Although the Kardashian Family is shaking in their boots and secretly hoping ABC yanks the interview at the last moment, Bruce can’t wait until his tell-all airs. Star’s sources go on to say that Bruce/Belinda thinks it will be a positive experience and he can’t wait to be a transgender role model and spokesperson. Are you as excited as we are for this epic interview to air?

Do you think Bruce will really come completely clean about his gender reassignment surgery, or will he and Diane Sawyer just glaze over the controversial topics and not address the Bruce Jenner Sex Change rumors at all? Will the Kardashian brand that Kris Jenner has built over the years be completely tarnished? Let us know what you think in the comments below!