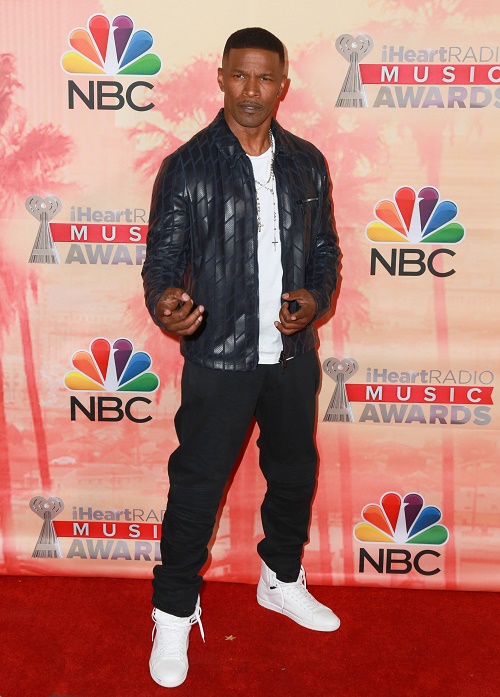 Why is Jamie Foxx being a punk-ass bully? It’s so unbecoming of you dahling! No, seriously, why is Bruce Jenner’s transgender transition so hilarious all of the sudden? I haven’t exactly been kind to Bruce over the years, but that was before the whole Kris-Jenner-Hates-Bruce-Jenner saga and its subsequent fallout. Botox Bruce is like a baby martyr nowadays. I keep asking myself what would have happened if Bruce stayed on as Kris Jenner’s bitch. Would he have survived the public onslaught?

I want to say yes, but we all know that Bruce would have eventually succumbed to Kris’ abusive nature. Ostracized and broken, Bruce would have been stuck in the tortuous maelstrom of the Kardashian Empire, always on the beck and call of his horrid, slutty-slutty hag-hag wife. He moved on, and so did I. My favourite friend is alive for the first time in his life, and anyone who tries take that beautiful little universe away from him is a conniving, jealous has-been.

But Jamie Foxx is too narcissistic to realize that he is the “has-been” I’m referring to.

Why am I spitting venom? Well, Jamie Fuxx – yes that is an intentional typo – poked fun at Bruce’s transition during his so-funny-yes-I-am hosting stint at the iHeart Radio Music Awards on Sunday. After announcing the upcoming musical acts, Foxx said, “[Bruce] is doing a his-and-her duet all by himself.” And then he laughed and laughed and people laughed and it was so funny! Tsk-tsk Jamie. Tsk-tsk. But the fun didn’t stop there. No, no, once an irrelevant pit bull bites it never lets go. He was just “busting Bruce’s balls – while [Bruce] still had them”.

Burt Jenner, Bruce’s eldest son, doesn’t mind the jokes, because in his mind “Jamie’s career is on the way down and he’s just trying to imitate Kevin Hart to stay relevant.” (Thanks TMZ!) Bruce’s three sons are allegedly a-okay with comedians making fun of their dad’s sex change. “They think the LGBT community needs to chill… It’s just comedy.”

How would you feel if someone made fun of your dad’s extremely personal journey? It’s only funny when it happens to someone else, because who cares right? I care. It’s all fun and games until it reaches the event horizon of the bullying black hole.

So shut the Foxx up and sit down!