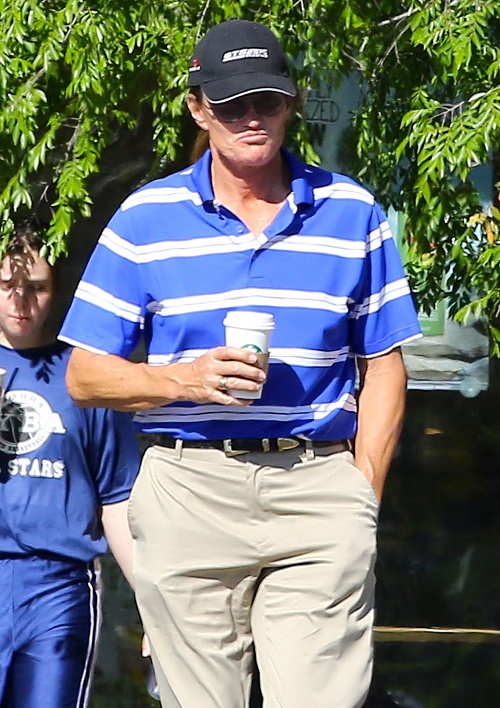 Bruce Jenner may have put a temporary halt on his sex change because of his involvement in the tragic car accident last month, but apparently, he’s gone straight back to business. The minute the controversy died down, Bruce reportedly went back to his hormone treatments. In fact, a new report from Radar Online suggests that Bruce is currently recovering from his secret breast implant surgery two weeks ago.

A source told Radar, “Bruce had silicone breast implants put in a few weeks ago. He went with a smaller implant because he didn’t want to look ridiculous. Recovery hasn’t been that difficult, but Bruce has had to sleep in a recliner to help with the healing. He’s not allowed to lift anything, and he has to wear a bra 24/7, but he’s expected to resume normal activities in the next six weeks. He has been emotional, but finally feels like this is the body he was meant to have.”

So far, Bruce Jenner’s surgeries have included getting his Adam’s Apple shaved down, getting a nose job, and now, getting a breast implant surgery. Next comes the actual gender reassignment surgery, which is usually the last step in every sex change. Sources confirm that the final sex change surgery will take place in May or June, at which time he might actually go through another breast implant surgery to increase his cup size.

What do you guys think about Bruce Jenner’s plans for a full gender reassignment surgery? Do you think Bruce’s complete transgender sex change will surprise anybody? All the reports have been stating that Bruce wants to come out as a transformed woman by the time fall begins, especially for his TV debut on Dancing with the Stars and his E! docudrama. But will the changes be too much for his fans?