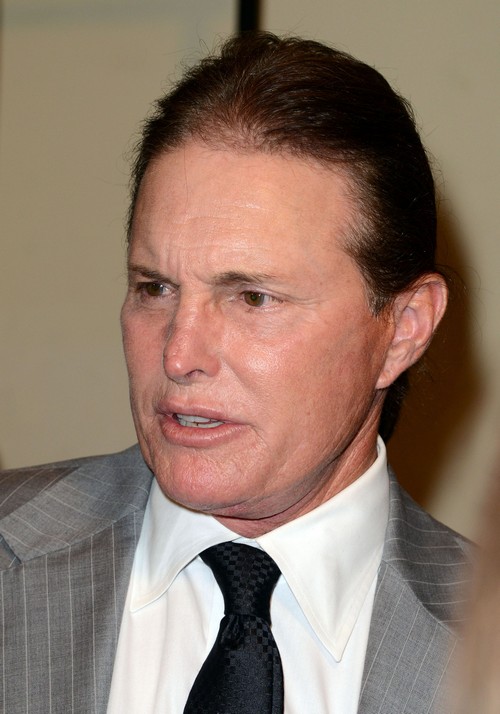 Bruce Jenner’s involvement in the fatal car crash last weekend has been downplayed by his lawyers, but new details from a video are coming out that point to Bruce’s culpability behind the wheel. Initially, the media was holding Bruce responsible for causing the car crash, since it was reported that he was speeding and he hit the car in front of him, which then careened into traffic and ended up killing the driver.

However, conflicting reports came out soon after stating that Bruce wasn’t directly responsible for the accident, since another car came to a sudden stop and Bruce only swerved to avoid hitting that car. But now, the actual video from the crash has been released, and it shows in brutal detail who hit who, who caused what, and whether Bruce actually was responsible for the entire accident.

TMZ’s sources reveal that law enforcement authorities who saw the video say it doesn’t look very good for Bruce, unfortunately. Apparently, the video shows Bruce’s Cadillac Escalade hitting the Lexus in front of him, without any sudden prompts or stops. The Lexus then drove into traffic, and was smashed into pieces by a large Hummer coming the other way.

Plus, these same sources add that Bruce might have actually been responsible for hitting another car as well, explaining, “It shows Jenner’s vehicle striking the Lexus, the Lexus NOT hitting the Prius before the fatal collision, and then Jenner’s Escalade hitting the Prius.”

In that case, Bruce Jenner would be held solely responsible for negligent driving, and hitting not one but TWO different cars. He could also be charged with vehicular manslaughter, even though there haven’t been any criminal complaints filed so far. Right now, the case against him is looking stronger and stronger by the day, whereas his defenses and his excuses are looking weaker and weaker. There is no excuse for this kind of negligent driving, especially when it puts other people at risk and results in the death of an innocent civilian.