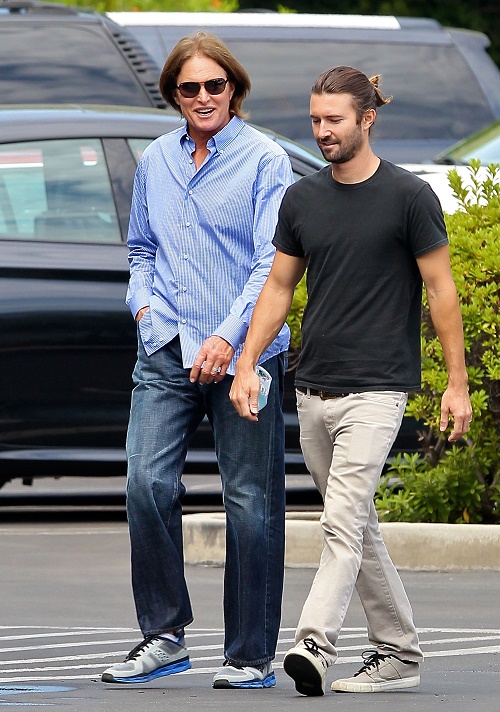 Brandon Jenner, Bruce Jenner’s son, and his wife, Leah Jenner, have just announced that they are expecting their first child! Looks like there will be another bundle of joy to add to the Kardashian clan. Leah made the exciting news public on Instagram with a picture of the couple and the caption that reads, “Well, it’s time we share the good news. We’re having a baby.” There’s no doubt that the ever-growing Kardashian/Jenner family is ecstatic about the announcement, and with so many small children in the family already, Brandon and Leah’s little one will be never be short a playmate!

Kourtney Kardashian and Scott Disick currently have three children under the age of six: Five-year-old Mason, two-year-old Penelope, and three-month-old Reign. Kim Kardashian also has a one year-old daughter, North, with rapper and husband, Kanye West. But it’s not like you didn’t already know that. It’s not like they’re never in the tabloids.

Brandon and Leah have been married since 2012, and in addition to being a gorgeous couple, together they also make up the indie pop group Brandon & Leah. Arguably, their most popular song is the single “Showstopper,” which was used as the theme song for ‘Kourtney and Kim Take Miami’, but they have seen commercial success as well with their EPs ‘Cronies’ and ‘Together’. Fun fact: Brandon’s former stepfather is 16-time Grammy Award winner, David Foster!

No information has been released yet regarding the gender of the baby, but with a family as famous as the Kardashian/Jenners, there are bound to be rumors swirling around soon! Whatever the gender is, one thing is for sure; Brandon and Leah’s child will no doubt be surrounded by endless amounts of love and attention!

What do you think of this great news? It’s no secret that Bruce Jenner is contemplating getting a sex change, and if all goes according to plan, it looks like this new bundle of joy will have another grandmother in his or her life! Leave your thoughts and comments in the section below; we want to hear from you!