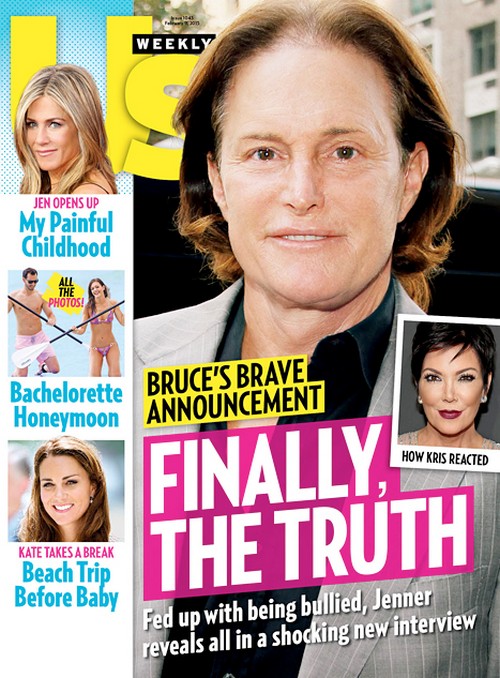 Anybody who doubted that transgender Bruce Jenner was actually going through a sex change, you’re about to be served your plate of denial. US Weekly and TMZ have confirmed that Bruce Jenner did actually conduct a sit-down interview with a major TV network to discuss his male-to-female transition. It looks like E! is the network and they will be turning this into a docuseries!

The rumor mill first started churning way back in 2013, before Bruce Jenner finalized his divorce from Kris Jenner. Since then, he’s had several procedures done, including one to shave down his Adam’s Apple. Even though Bruce had claimed at the time that it had nothing to do with a sex change, his most recent changes have definitely thrown his claims under the bus. I mean, fine, let’s just say he didn’t like his trachea, as he said. But growing out your hair, wearing nail polish, cross-dressing, wearing makeup, and everything else that’s come in the last few months? That’s not Bruce experimenting, that’s Bruce deciding that he wanted a sex change and slowly starting the process of completing the gender transition.

Plus, it’s been fairly obvious that Bruce Jenner was planning to go public with his sex change, especially since his family members have started openly commenting about it over the past month. The US Weekly report also claims that Kris Jenner initially tried talking him out of it, but she and the kids have come to embrace Bruce’s decision to go public – especially since they’ll all be able to take advantage of the publicity and media attention that will inevitably follow.

Right now, Bruce is in the final stages of completing his transgender sex change, and US Weekly’s sources add that Bruce is also planning an E! show, ‘highlighting his desire to live as a woman and look like one.’

Well, Bruce’s latest transformation has been his new, plump lips – and I think we all know what’s coming next. The only question now is – when will this interview and show air? Let us know your thoughts in the comments below.