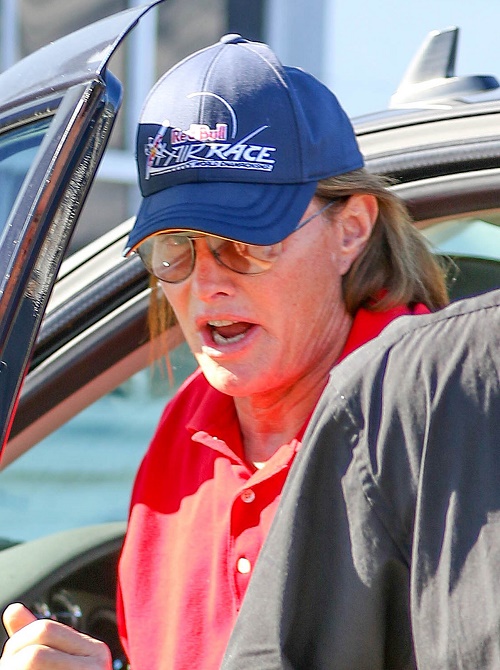 Bruce Jenner is the subject of transphobic comments made in emails between Sony execs, whose words have been made public after the Sony hacking scandal. Hollywood is a hypocritical wasteland of two-faced compliments and backstabbing. Don’t believe us? Radar Online has another set of leaked Sony emails that reveals how Hollywood executives, even though they have publicly praised Bruce Jenner’s decision to come forward and reveal the truth about being transgender, were all making fun of Bruce behind his back during the initial stages of his transition.

One such email between former Sony chairperson Amy Pascal and ‘Aloha’ director Cameron Crowe reveals Amy asking Cameron if he had any footage from the movie to show her [this was when Aloha was still in production]. Cameron Crowe’s response: “Does Bruce Jenner want boobs? Hell yes I have something to show you!!!!”

And in an even more insulting situation, Joel McHale sent an email to Sony President Steve Mosko, detailing an incident where Bruce Jenner allegedly got mocked at a golf course in Thousand Oaks. Joel detailed how Bruce got harassed in the locker room and while playing, with one golfer apparently asking Bruce about his private parts. And how did Steve Mosko reply to Joel McHale’s email? “Ha!!!!!!!”

Hypocritical, disgusting, and shameful. Hollywood – and its executives – will make it seem as though they are fully behind the transgender community when everyone else is on board, but they won’t hesitate to openly mock transgender people when they know they won’t get backlash from it. I mean, they all assumed that these emails would be private, and in addition to these disgusting comments about the transgender community, we also have the treasure trove of insults about Angelina Jolie and numerous other A-list celebrities and executives. And since Amy Pascal, Cameron Crowe, Steve Mosko and Joel McHale are all active members of Hollywood, they better watch their step and hopefully apologize for their words.

Don’t you guys agree? Or do you think they’re just going to run and hide until the media hubbub dies down? Let us know your thoughts in the comments below.