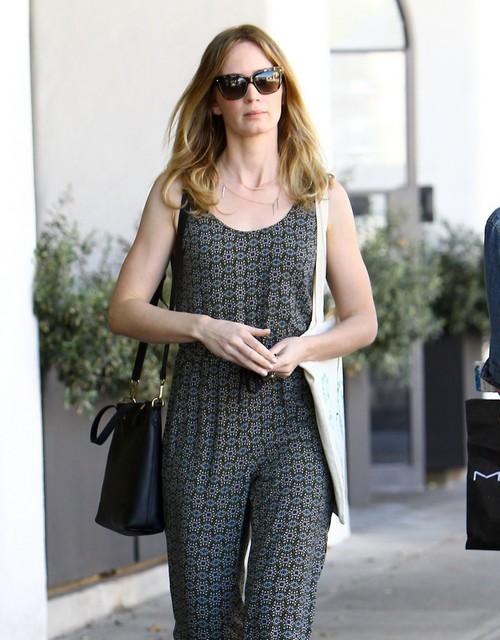 Amy Pascal said that Emily Blunt looks anorexic. Thanks to Wikileaks, the Sony email hack has become the gift that keeps on giving, especially in terms of gossip. When the whole situation initially came to light, Amy Pascal and Scott Rudin – along with many, many other people – were caught making many insensitive and racist jokes and comments in their threads. However, nobody ever predicted how low these people often sank in their email chains, and every new email that’s coming out seems worse than the last.

The latest correspondence that has been leaked is an email chain between Amy Pascal and Drew Goddard, where Drew is clearly interested in Emily Blunt for a role in the Sinister Six movie [a spinoff from the Spider-Man franchise]. He tells Amy, “F***. Even as I type this . . . Picture Emily Blunt with a Scorpion tail on . . . Oh g-ddamn it, now I might need her for Sinister Six. Or, at least, Sinister Six Two.”

And Amy Pascal’s response? “I think I saw a picture of her and she looked anorexic.” And remember, this is from the HEAD of Sony Pictures Entertainment. I mean, we all understand that this is Hollywood and they have their own twisted standards for what they say and what they do, but calling an actress anorexic? That’s such a specific way of insulting Emily for possibly looking too skinny, even though oftentimes, anorexia and losing weight don’t even have anything to do with each other!

What do you guys think about Amy Pascal calling Emily Blunt anorexic? Imagine what Amy thinks about Amal Alamuddin? Do you think it was out of line, or was it just a throwaway comment? As an insult, I think it’s way too harsh, but again, people in Hollywood often equate weight loss to anorexia – perhaps after seeing too much of it themselves.

Let us know your thoughts in the comments below, especially in regards to the continuing email leaks from the Sony hacking scandal.