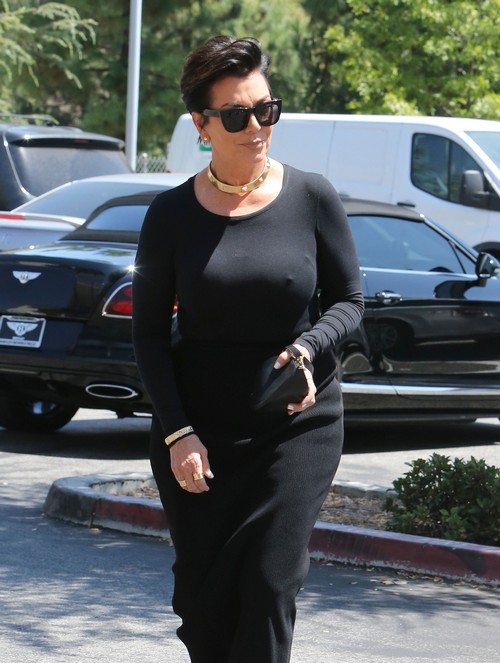 Caitlyn Jenner can now add model to her rapidly growing resume. So, that’s where Kendall Jenner got her walk from! As if Kris Jenner didn’t have enough to be jealous about of her ex Caitlyn, formerly known as Bruce, – she has reportedly been invited to walk the catwalk during the 2015 New York City Fashion Week. Naughty Gossip is reporting that Caitlyn is in talks to walk for A-List fashion designer Givenchy.

In case you aren’t that in to the world of high-fashion, walking in NYC Fashion Week for Givenchy is equivalent to your neighbor Joe having tea with Queen Elizabeth – it’s freaking huge! Since Caitlyn Jenner’s transition, she has been one of the most sough-after celebs in Hollywood, and has made a huge splash in the fashion world. During an episode of “I Am Cait,” Kim Kardashian was even impressed with Caitlyn’s closet.

Since Caitlyn’s transition – she and Kris Jenner haven’t been on the best of terms, although they did fake a reconciliation for the reality TV cameras. Kris was obviously furious that Caitlyn threw her under the bus and painted her to be a monster (although it wasn’t a far stretch from the truth). But, she was even more upset about the fact that Caitlyn Jenner became an overnight sensation and stole the Kardashian’s spotlight, on top of that Caitlyn dropped Kris as her manager – so she isn’t even getting a piece of the pie anymore.

Sources close to Kris Jenner indicate that she is livid that Givenchy is recruiting Caitlyn to walk during NYC Fashion Week. The insider dished, “Kris has always prided herself on her sense of fashion. She constantly feels like she is not given enough credit for the clothes she wears. It really bothers her that she and Caitlyn own half of the same dresses and no one notices when Kris wears them, but when Caitlyn does she makes all the best-dressed lists.”

We love seeing Kris Jenner one-upped by another woman, especially one she used to be married to. Awkward! We can’t wait to see Kris’s manic meltdown when Caitlyn struts her stuff on the catwalk. Do you think Kris is being childish? Or is her jealousy warranted? Are you Team Kris or Team Caitlyn? Let us know what you think in the comments below!