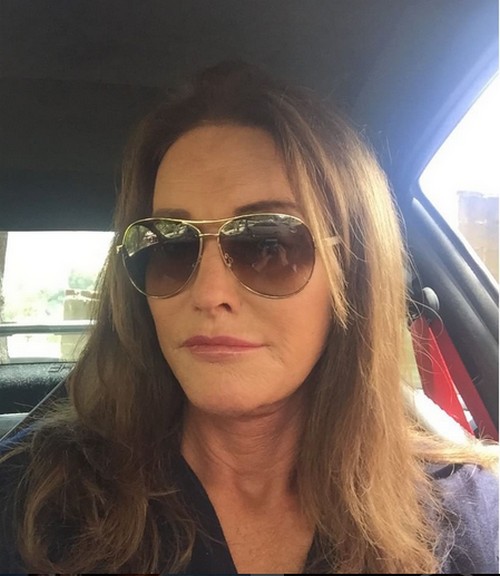 Caitlyn Jenner’s transition is nearly complete, she isn’t worried about sex-change surgery at the time being – she is just trying to get a butt like her step-daughters Kim and Khloe Kardashian. Caitlyn spent decades living in a house full of curvy women with massive butts and breast, it’s no surprise that she doesn’t feel like a woman with her flat butt and narrow hips. But, all that is going to change and Caitlyn Jenner is reportedly going back under the knife and getting a Kardashian butt. Seriously, can you imagine Kim Kardashian and Caitlyn Jenner strutting down the red carpet with matching butts?

According to this week’s edition of Star Magazine, the 65 year old “I Am Cait” star is getting fat transfers injected in to her “flat fanny.” Cait has already gotten her Adam’s Apple shaved, breast implants, jaw reduction, a nose job, and too many face-lifts to count, so what is one more trip to the plastic surgeon? An inside source dished to Star Magazine, “It’s not about being sexy, it’s about fully presenting as a female. If she could, she would make herself shorter, with smaller feet and hands. But, she can’t – so she has to nip and tuck what she can.”

Caitlyn Jenner made her worldwide bikini body debut this summer – and sources say after she saw the photos of herself, she was embarrassed by how flat her butt looked. Apparently, you aren’t a real woman until your butt is as big as the Kardashians’. Caitlin Jenner is never going to be happy if she keeps trying to imitate other people’s bodies and appearances, especially people who are 95% plastic. It’s almost an insult that Caitlyn thinks that your femininity is based on how big your butt is.

Do you think that Caitlyn Jenner will over do it with her butt injections like the rest of her family? Can you imagine Caitlin with a butt as big as Kim’s? Let us know what you think in the comments below!