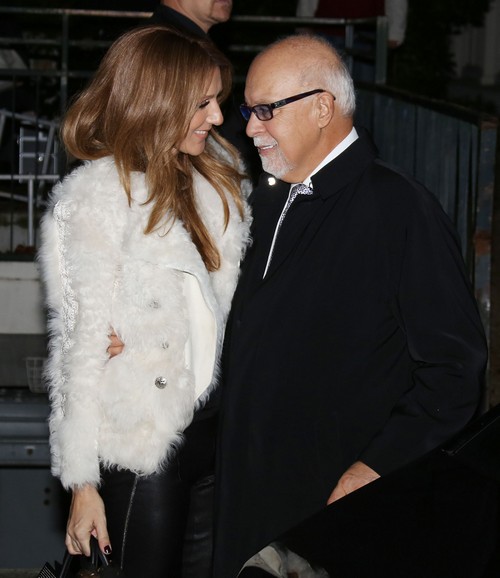 According to several new reports, Celine Dion is passing on coming back to Las Vegas. Initially, it was assumed that Celine would come back to her stint at Caesar’s Palace after taking a break in March to take care of her sick husband, Rene Angelil. Celine and Rene Angelil have been married for 20 years, and they’re some of the richest people in Quebec – it’s not like they’re desperate for the money. And, unfortunately, the deeply tragic news is that Rene’s health has been ailing for a while and sources say that he is dying from cancer. Celine – and other sources – might have assumed that she would return to work after Rene improved, but if she’s cancelled on coming back, then I don’t think we’re jumping the gun by assuming the worst.

Apparently, Celine has also informed Caesar’s that the earliest possible date she would be returning is at the end of the year. She reportedly didn’t give a specific date, and why would she? It’s her husband’s health we’re talking about, not a broken ankle or ‘exhaustion’, which are popular celebrity excuses for partying too much.

Although some sources claim that Rene Angelil – who is battling throat cancer – is getting better, I think that Celine’s continuing time off from work says otherwise. She’s already taken time off to take care of him, and if she’s continuing to do so, either his health has remained the same or likely gotten worse. If he really was getting better, I don’t think Celine would take an entire year off work. Sure, they don’t need the money, but it’s also a career that she’s worked extremely hard for.

What do you guys think? Is Rene Angelil dying from throat cancer, or is Celine Dion just taking time off from her Las Vegas stint to spend time with her ailing – but getting better – husband? Let us know your thoughts in the comments below.