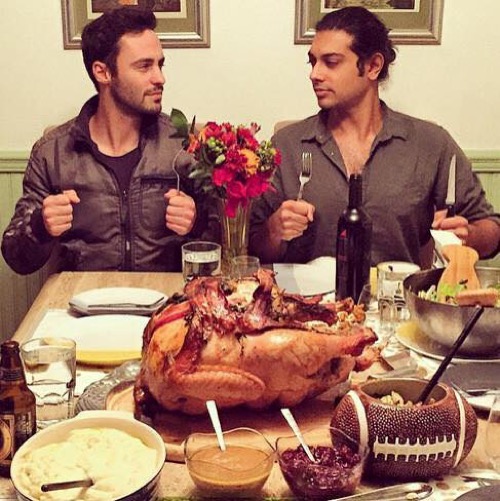 Chasing Life returns to ABC Family tonight for an all new Monday March 2, season 1 episode 18 called “Rest in Peace,” and we have your weekly recap below. On tonight’s episode, some cancer symptoms reappear, which leads April to panic and seek out ways to deal with anxiety.

On the last episode, April’s job was in jeopardy because of an article she wrote. Meanwhile, Beth hired Brenna and Greer to be models in a fashion show; Emma dodged questions about her recent high-school reunion; and a surprising admirer requested a date with Sara. Did you watch the last episode? If you missed it, we have a full and detailed recap right here for you.

On tonight’s episode as per the ABC Family synopsis, “some cancer symptoms reappear, which leads April to panic and seek out ways to deal with anxiety. Elsewhere, Brenna feels overwhelmed by the pressure Sara’s putting on her regarding college; and Beth neglects her personal life because of work.”

The nosebleed, the one that had sent April into a frenzy last week, was ruled out as nothing harmless by her doctor on tonight’s all new episode of “Chasing Life”. Apparently, the doctors looked into it and found that the cancer hadn’t returned. So April was told that there was a 99 percent chance that nothing was wrong with her and that sometimes a nosebleed can just be a nosebleed.

However, some of April’s friends later had a thing or two to say about that phrase “99 percent chance”. Graham mentioned there was still the one percent that no one wanted to talk about so naturally April started to freak out again. Like when she later found a bruise on her arm and interrupted Dr. Susan’s vacation to see if the woman could diagnose her over the phone.

Thankfully, Dr. Susan was able to talk April down again but she warned April about handling anxiety. April is going to spread the rest of her life with the possibility of her cancer coming back so she doesn’t figure out how to handle the idea of it now then she might never be able to cope. And she needs to cope else it’s not living.

So April has been relying on friends and family. She’s been hanging out with Beth and she started to exercise with her mother. Meaning the only person left out is Leo. Leo had eventually apologized for the things he said, and did, at that infamous party some weeks ago yet April didn’t appear to want to let it go.

She said she understood and then she suddenly became invested in Dominic’s life. And began obsessing. Namely about who’s this mystery girl that’s been sending him flowers.

That’s why, before she went to Dominic’s book signing, she sought a quick fix to relieve some of the stress. One of her friends at the support group had just gotten bad news and April knew she was going to be in a wreck at Dominic’s event if she didn’t do something to stop it. But, as it turns out, eating a pot cookie and then finding out the mystery woman was actually Dominic’s mother – was not a good idea.

Especially as April is the only one of Dominic’s friends that knew his mother had been incarcerated.

So a few inappropriate comments later, April then had to explain to his mother how she knew Dominic. Luckily, though, Dominic’s mother was actually pretty cool about everything. And that’s including the part where she told April to forgive herself for sleeping with someone else while she was on break from Dominic.

April ended up learning something from the other woman and was even appreciative to have gotten some advice. No offense to Sara, but her daughters generally don’t turn to her when there’s a problem. April, on her part, tries to shield her mother from things and Brenna just tired of feeling like a disappointment.

Recently, Sara has been “assisting” Brenna with making her college selection and she’s also been taking out some of her frustration out on Natalie. Natalie it seems has been hanging around and Sara thinks she’s a bad influence. So one day she took her resentment too far.

And although Natalie has since let what she said go, Sara still has to work on her relationship with Brenna because of it. Brenna is tired of her mother’s expectations so she’s been pushing Sara away.

Just like Leo was pushing away April. In fact Leo was going to continue to try and avoid any deep/ meaningful conversation so he was planning on running away to New York. But mercifully he never made it to the train because the same one he was supposed to be on ending up in a horrific crash.

So once again, Leo evaded death and instead of curling up into seclusion somewhere – this time he talked about his feelings to April and she helped him deal with them. Apparently, it wasn’t easy to be a survivor (of both cancer and that crash) and April convinced him that everything that happened was always guaranteed to happen. So don’t stop living.

April and Leo later agreed to try again in regards to their relationship but how is April going to feel about Dominic and her sister Natalie suddenly becoming close!