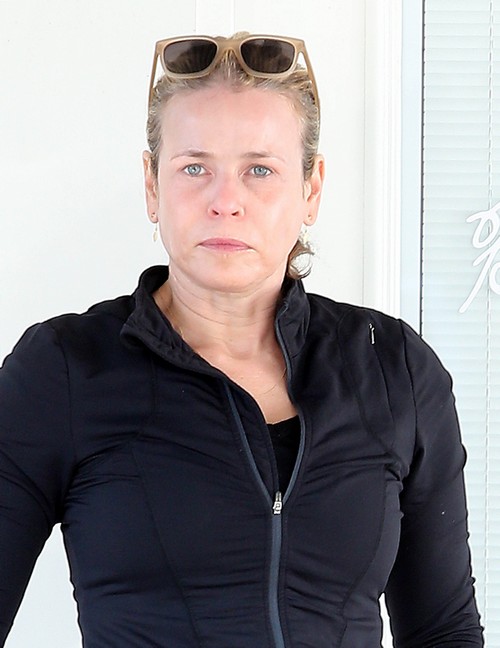 Chelsea Handler and Orlando Bloom will not be dating any time soon, much to the comedian’s dismay. It’s not too often we hear about Chelsea Handler’s non-existent dating life, but according to a new report – she did try to make a move on hunky actor Orlando Bloom. Let’s just say that he did not reciprocate her feelings…

According to this week’s edition of OK! Magazine, Chelsea Handler spent some time with Orlando Bloom at Jennifer Anniston and Justin Theroux’s wedding this summer. And, just like every other woman in America who gets within a five foot radius of the actor – she became smitten with him.

There is only one problem, Orlando doesn’t feel the same way about her and he has been trying to dodge Handler ever since! To add insult to injury, Chelsea doesn’t seem to be getting the hint.

An inside source dished to OK! Magazine, “Chelsea has been bombarding him with texts and calls ever since! Orlando was flattered at first, but Chelsea is not his type and he has begun avoiding her at all costs. He is hoping that she gets the message sooner rather than later so that he can come out of hiding.”

So, will Orlando Bloom have to change his phone number, or will Chelsea handler eventually pick up on the fact that he is not interested in her romantically? Regardless, she probably got the message loud and clear after this week’s edition of OK! Magazine hit the newsstands. Should Orlando have given Chelsea a chance, did he write her off too quickly? Let us know what you think in the comments below!