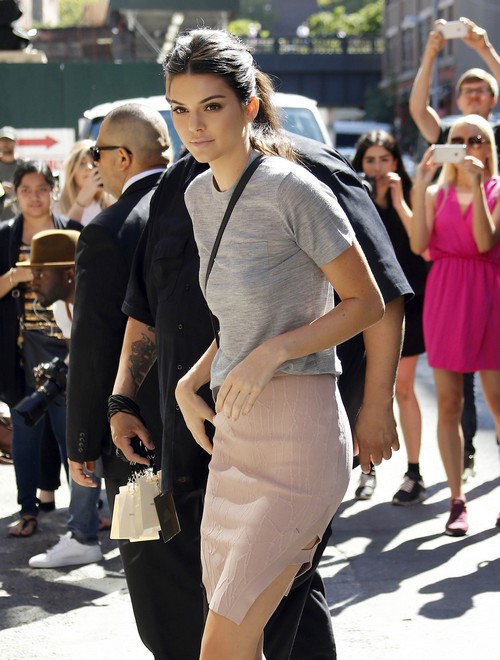 A source dished to Naughty Gossip, “The age difference doesn’t seem to bother them although it’s far too early for either to tell if it’s going to develop into something serious.” Kendall Jenner has been romantically linked to Lewis Hamilton recently, but maybe he is just a beard to hide the fact that she is sleeping with an actor old enough to be her father. There is no way it is not awkward for a 38 year old man and 19 year old teenager to spend time together.

This has monster momager Kris Jenner’s name written all over it. Of course she would pimp her 19 year old daughter out to an actor twice her age – this has media frenzy written all over it. In her twisted mind she is already seeing dollar signs and trying to figure out how to convince Orlando to make an appearance on their E! reality TV show. This is the same woman that encouraged her 17 year old daughter to date a 25 year old rapper, and sold her other daughter Kim Kardashian’s sex tape. Kris Jenner has no shame in her game.

Ironically, this summer Orlando Bloom was also supposedly hooking up with Kendall’s nemesis Selena Gomez. So, we can’t help but wonder if this is more of a revenge fling – than true love? It can’t be a coincidence that Kendall Jenner always seemed to be linked to the same men that Selena Gomez was hooking up with.

What do you guys think? Are Kendall Jenner and Orlando really dating? Is Selena Gomez freaking out? Let us know what you think in the comments below!